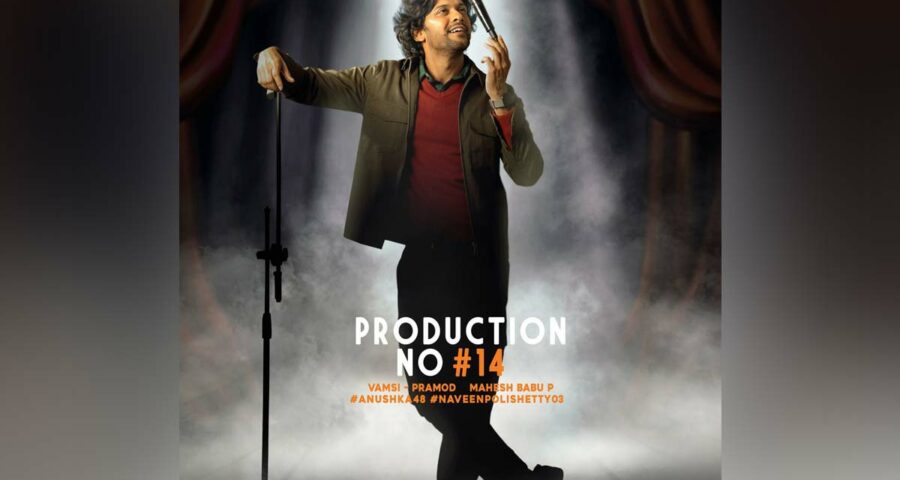 Naveen Polishetty is one of the talented actor of film Industry. He is also a popular name in Bollywood. The young actor , who impressed audiences with his excellent performances in films like ‘Chhichhore’ and ‘Jaathi Ratnalu’, ha snow teamed up with  Anushka Shetty  for an upcoming  Telugu film which is tentatively titled ‘Production No 14’ and it will be bankrolled by UV creations and helmed by Mahesh P.

The production house, UV Creations , made the announcement on the occasion of the actor’s birthday. The makers also send the birthday wishes to the actor by releasing a new poster that read “Happy Birthday Naveen Polishetty. We are extremely happy to join hands with Naveen Polishetty on Production No 14.”

The young actor Naveen Polishtty said that he is super excited to announce  his  next film with UV Creations.  And he is also  excited to work with  Baahubali and Arundhati fame Anushka Shetty, who is one of his favorite actors. Directed by Mahesh P.”

Naveen Polishetty  made his debut as a lead in  the year 2019 with Telugu comedy and thriller Agent Sai Srinivasa Athreya.. The same year, he made his Hindi debut with Nitesh Tiwari’s National Award-winning film Chhichhore  in which last actor Sushant Singh Rajput played the lead role.