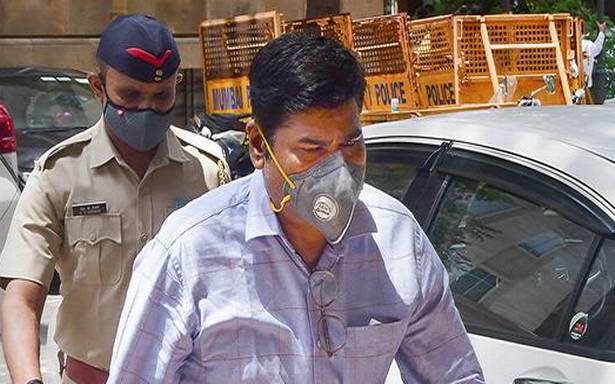 They have not given satisfactory replies, according to ED

Private secretary Sanjeev Palande and personal assistant Kundan Shinde were arrested on June 26 by Enforcement Directorate (ED) under Sections 3 (offence of money laundering) and 19 (power to arrest) of the PMLA.

As per an ED probe, 11 companies were directly controlled by family members of Mr. Deshmukh and 13 more companies came to light, in the names of close associates of the former Minister’s family.

An analysis of bank account statements revealed that money was transferred between companies directly and indirectly controlled by family members of Mr. Deshmukh.

Subsequently, search and seizures were conducted at residences and offices.

Statements of bar owners and managers were recorded, which revealed that dismissed police officer Sachin Vaze, currently lodged at Taloja Central Jail, collected money from them.

Mr. Vaze, in his statement, said he got direct instructions from Mr. Deshmukh and was told to collect ₹3 lakh per month from various bars and restaurants. He said he handed over ₹4.70 crore between December 2020 to February 2021 to Mr. Shinde.

“Mr. Palande has admitted that Mr. Deshmukh had a role in the transfer and posting of police officers, especially IPS officers,” said the ED.

The agency contended that both accused had not given satisfactory replies on concealment of the proceeds of crime and therefore custody needed to be extended. The officers also needed to interrogate them on incriminating documents and electronic evidence.

The ED relied upon a direction from the Bombay High Court to the Central Bureau of Investigation (CBI) to conduct a preliminary inquiry against Mr. Deshmukh after former Police Commissioner Param Bir Singh made allegations of corruption to the tune of ₹100 crore against him.

After the inquiry was concluded, an FIR was registered by the CBI and a case was also lodged against Mr. Deshmukh by the ED for money laundering.