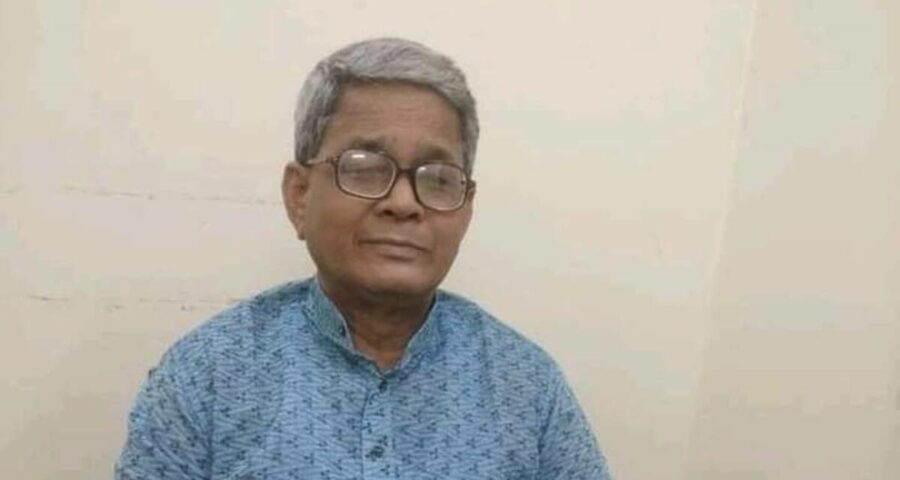 The CPI(M) state committee said that the party will suspend all its political activities for the next 72 hours. Dhar is survived by his wife, Ila Dasgupta and daughter, Gopa Dhar. He was born in Shialora village of Comilla district in erstwhile East Pakistan in 1951. He had earlier served as the state secretary of the CPI(M). He was appointed as the convener of the Tripura Left Front committee in 2018.

Condoling his death, Tripura Chief Minister Biplab Kumar Deb took to Twitter and wrote, “I am deeply pained at the death of ex-CPI(M) state secretary and Left Front convener Bijan Dhar. I pray for the peace of his departed soul. I pray to Almighty that his family and relatives may bear this pain. Om Shanti.”

The CPI(M) state committee said that the party will suspend all its political activities for the next 72 hours. The party flag will be kept at half-mast for the next three days as well.

“Comrade Bijan Dhar was an erudite teacher of Marxist ideals and socialist philosophy. He had a great contribution in spreading the party education programme. The CPI(M) state secretariat body is deeply pained at the demise of Bijan Dhar,” the party said in a condolence message.

His body was flown back to Tripura this evening and taken to his ancestral home at Sonamura after one last trip to the state party headquarters at Melarmath in Agartala. He would be cremated at his ancestral house on Tuesday.