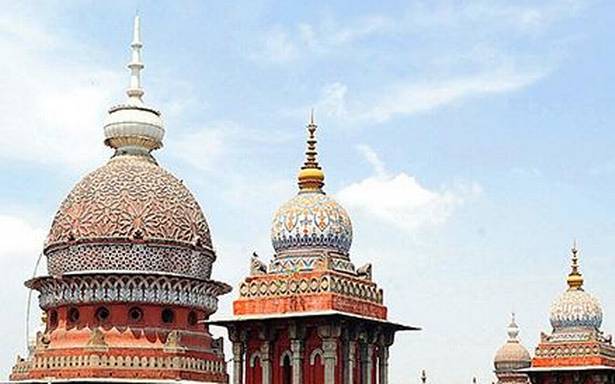 “Don’t go for the kill immediately. It may not be a man-eater,” said Madras High Court Chief Justice Sanjib Banerjee, reacting to a case filed against the Forest Department’s decision to hunt a 12-year-old tiger, code-named MDT 23, which is suspected to be on a killing spree involving humans and livestock in the Nilgiris district.

Presiding over the First Division Bench along with Justice P.D. Audikesavalu, the Chief Justice said the tiger might have been misunderstood as a habitual man-eater because of a few lethal chance encounters with humans in the forest. He insisted on making efforts to capture it alive.

Passing interim orders on a public interest litigation petition filed by People for Cattle in India, the Bench directed the Principal Chief Conservator of Forests (PCCF) to ensure that the least possible number of people entered the forest to capture MDT 23, without disturbing the natural habitat.

The judges said a heavy human population might cause disturbance to wild animals. The Bench suggested that discreet measures could be employed with the objective of “ultimately seeking the animal and respecting it’s right to remain in the wild and roam freely in the forest.”

The judges also called for a status report from the PCCF after October 19.

In a report submitted on Tuesday, the officer said the hunt order was issued to pacify residents who indulged in protests after the animal began killing humans. He said the term ‘hunt’ included trapping, capturing and shooting only in unavoidable circumstances.

It was brought to the notice of the court that tiger MDT 23 was very elusive and was not giving any chance to the tracking team to tranquillize it. It had also been cleverly avoiding bait cages for several days.

The PCCF said 20 darters from Tamil Nadu and Kerala had been deployed with nine tranquillizing guns. Qualified veterinarians, darting equipment, capturing equipment like net guns, pepper guns, drones and sniffer dogs had also been pressed into service for the critical operation.

Listing the dates and events, the officer said MDT 23, of the Mudumalai Tiger Reserve, killed a woman in a tribal village in Singara on August 31, 2020. “Again, on July 19, 2021, a man was killed by this tiger in Mudukuzhi tribal village. The animal had killed about 20 [head of] cattle as of September 24,” the report said.

Noting that the tiger was suffering from a small wound on its neck, which may have been caused during a fight with other tigers inside the forest, the PCCF said that therefore, MDT 23 had been moving along the edges of the forest in fear, and killing nearby cattle and herdsmen.

On September 24, the tiger killed a person who was grazing cattle in Devan Estate under the Gudalur forest division. A team comprising veterinarians and tiger trackers rushed to the spot and commenced a search operation by installing camera traps.

“The images captured by these cameras suggested that tiger MDT 23 was on the move in these locations…Since no other tiger image was recorded, it is concluded that the man may have been killed by the MDT 23 tiger. An intensive search was carried out with no results,” the report said.

On September 25, the tracking team located the tiger inside a swamp in the estate. Veterinary teams were immediately deployed around the swamp. While the work was in progress, the Forest Department received information that the tiger came out of the swamp at 2 p.m. and killed a cow that was grazing nearby.

The tracking team reached that spot with a cage and a carcass to trap the tiger. On September 26, the team inspected the cage and found that the animal had avoided it. An intensive search confirmed that the tiger was still in the swamp. Hence, a calf and a goat were brought in as bait.

Veterinarians were seated on machans (wooden platforms on trees) with dart guns to tranquillize the tiger. To the surprise of the entire team, the tiger left the swamp stealthily and entered the nearby Mayfield Estate, where it killed a cow before going into a bush located 300 metres away.

The tracking team placed an iron cage near the dead cow, and two veterinarians hid inside the cage with dart guns. A group of trackers approached the bush and heard the tiger roar. Around 7 p.m., the tiger emerged from the bush, but did not advance towards the dead cow.

“The doctors and the team waited throughout the night, anticipating that the tiger will come to eat the carcass, but in vain,” the PCCF said.

On September 27, the tracking team searched the entire area and found the tiger’s pugmarks in a swamp below the bushes. Dragging marks of a cow were also found, suggesting that the tiger had killed one more cow and that was why it didn’t return to the carcass on the previous day.

On the same day, an expert team from the Wayanad Sanctuary in Kerala also arrived on request and joined the search. Two drones were used to monitor the tiger’s movements in nearby plantations, while the tracking teams continued to search for the animal inside the swamp.

Suddenly, the tiger came out of the swamp and leaped towards the top of the hill in the estate. “While the team was running behind the tiger, drones were also sent, and they confirmed that it entered the bushes at the hilltop…but the sun set and the search was suspended considering the safety of the team,” the report said.

On September 28, the tracking team approached the bush and found that the tiger had gone back to the swamp at night, eaten the carcass of the cow and dragged it into the bush. The team immediately surrounded the swamp and was waiting to tranquillize the tiger.

“After about four hours, the tiger came out of the swamp. A doctor fired a dart gun, but the dart missed the target as it was deflected by the bushes. The tiger ran towards another tea estate and disappeared into the bushes,” the PCCF said.

Since there was a heavy downpour that day, and it had also became dark, the search was suspended. On September 29, the tracking team followed the pugmarks, which led to Devan Estate, where a carcass of a cow had been kept. However, the tiger avoided entering the cage and returned to the forest.

The tiger was spotted using drones, but it went deep into the dense jungle. Since the team lost daylight, it retreated to the base, leaving a cage with a calf on one side of the hill and another cage with a goat on the other side. On September 30, the team entered the forest and searched for pugmarks, but no fresh prints could be traced. The tiger had not even gone near the cages. The search operation on that day, too, did not bring the desired results due to bad weather and loss of sunlight.

On October 1, the tiger was spotted at Masinagudi. Meanwhile, the officials received information that the tiger, while on its way out of the forest, had killed 51-year-old Basuvan when he was grazing cattle. It had dragged his body into a bush and had eaten some meat from the body.

When the tracking team approached it, the tiger left the place and crossed the Masanagudi-Theppakkadu Road. “Since then, several measures, including the use of sniffer dogs and kumki elephants, have been taken to catch the tiger, but it remains elusive,” the report said.