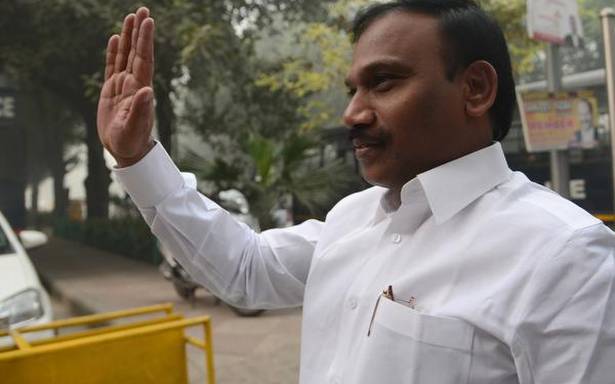 The Central Bureau of Investigation has sought sanction to prosecute former Telecom Minister A. Raja in an alleged disproportionate assets case registered in August 2015, said an agency official.

“The request seeking sanction to prosecute Mr. Raja was sent to the authorities concerned in February,” the official said.

In the case, the agency had also named Mr. Raja’s wife and 15 others, alleging that disproportionate assets to the tune of ₹27.92 crore were acquired through relatives and close associates from 1999 to 2010.

The CBI had alleged that several relatives and associates had clocked “exponential” financial growth during the check period without having the required wherewithal. It was also alleged that conversion of land classification was done to enable sale of properties at a higher price.