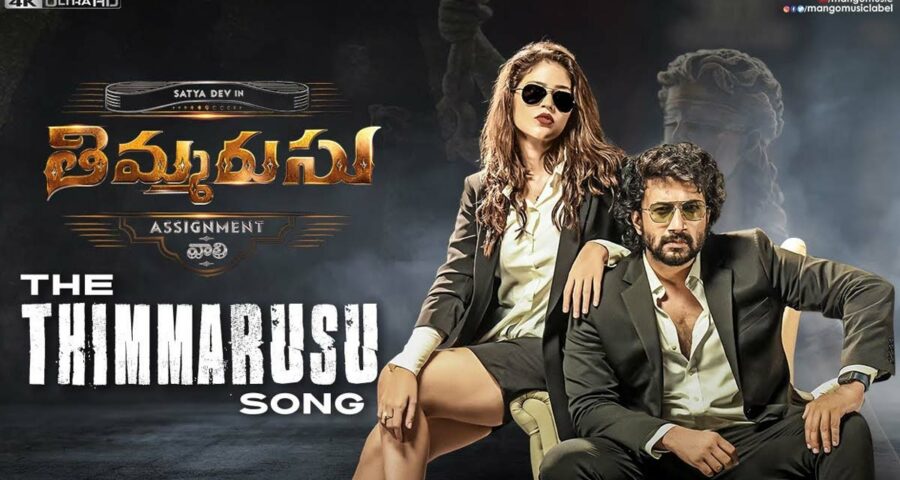 Yesterday Samantha Akkineni launched a promotional song from Satya Dev and Priyanka Jawalkar starrer  upcoming film Thimmarusu which is slated to hit the theaters on 30th July. Satya Dev thanked Samantha Akkineni  for launching the number and wrote, “Thank you Samantha garu for launching our song. ‘The Thimmarusu Song’ is here, hope you all love it.” Currently the entire team of Thimmarusu are busy in the promotional activities. The movie is helmed by Sharan Koppisetty and produced by Mahesh S Koneru and Yarabolu Srujan under the banner of East Coast Productions, S Originals. The stylish  and energetic song gives us an idea of Satyadev’ character  in this film. The song introduces Satyadev as an advocate who is on a mission.

The song is cronned by Raghu Dixit, Jyotsna Pakala, Ambika Sashittal , Yamini Ghantasala whereas the lyrics are penned by Kittu Vissapragada and Nalini Satulur. After listening the song, one of the netizen said, “Such a stylish song in recent times. Sri charan pakala deserves a star hero film asap.”

The  film has Satyadev, Priyanka Jalwar, Brahmaji, Ravi Babu, Ankith, Ajay, Jhansi, Viva Harsha and others. Touted to be a legal crime thriller, the film  has music composed by Sricharan Pakala.

On the otherside, Satya Dev  will also soon be seen in Skylab, Godse, Gurthunda Seethakalam, Ram Sethu and others.