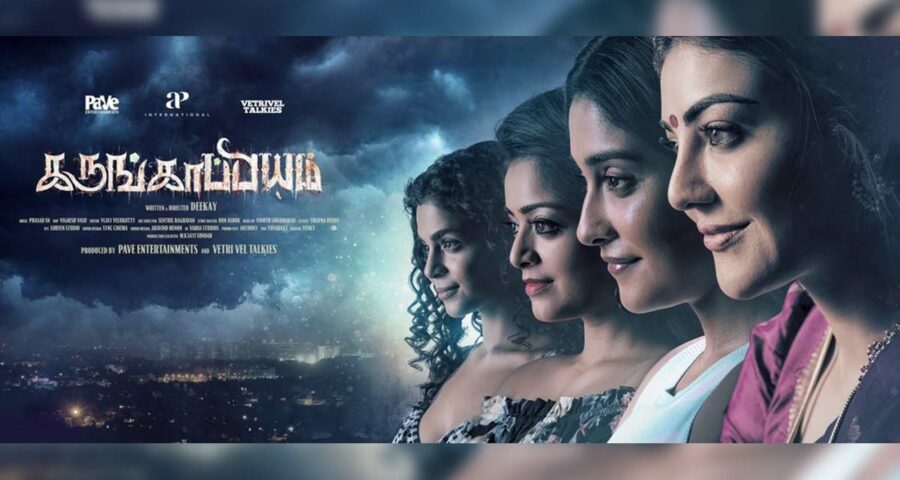 We have already reported that Deekay’ next is a multi-starrer starring  Kajal Aggarwal, Regina Cassandra, Bigg Boss Tamil fame Raiza Wilson, Iranian actress Noyrika and young Kollywood actress Janani.  The movie is titled Karungaapiyam, and it is set in contemporary times, Kajal Aggarwal’ portions alone are based in the pre-Independence era, set in the 1940s.

Kajal Aggarwal will be seen playing  the role of a mother to a young child in her upcoming Tamil film, Karungaapiyam.  The makers have already released the first look poster of Kajal Aggarwal from the film that  revealed  her demure and traditional housewife’s avatar.

The sources say that Kajala Aggarwal is playing a pannayar veettu ponnu, who is quite strong-willed. She goes out of her way to help people in her village and make them happy but something intense happens with her and her gift, her superpower, becomes her curse.

According to the director Deekay, Karungaapiyam means a black novel. It’s basically one story with many interesting elements, and Kajal Aggarwal, Regina Cassandra, Raiza, Janani and Noyrika have pulled off their parts beautifully.

On the otherside, Kajal Aggarwal will be seen playing the female lead in Koratala Siva’ directorial venture Acharya which has megastar Chiranjeevi in the lead role.