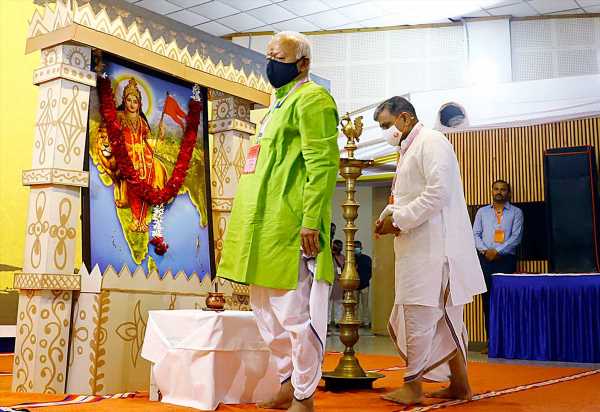 ‘The RSS ideology has been borrowed from fascism and is not borne out of Hinduism.’
‘They want India to have one historical identity whereas India is a land full of divergence which goes in every direction.’

“The Hindus are deriving pleasure because they believe Muslims are being taught a lesson. They are being shown their place.”

In a no holds barred interview with Rediff.com Senior Contributor Rashme Sehgal, Dr Ajai Sahni, who heads the Institute for Conflict Management which researches internal security issues in South Asia, predicts a grim future for India as it gets snared in increasing communal violence.

The concluding segment of a two-part interview:

The police force must also take responsibility for this breakdown in law and order, isn’t it?

Lumpen elements have been empowered and given protection to act with impunity.

The police is standing by, not able to take any action.

This is very different from a situation where the State has lost control.

The State today is fully in control, but is using institutional machinery for Machiavellian purposes which is to consolidate an ideology that can lead to weakness and degradation.

Have the Muslims begun to resist as one witnessed in Khargone?

Some small group of Muslims may have retaliated, but this has been very limited and very local.

As I have said earlier, we are witnessing a complete collapse of the law and Constitutional values.

Pakistan has followed this majoritarian path under a different ideology. The Pakistan model has only yielded chaos.

That is the direction we are following and as a country we will have to pay a heavy price.

Surely, our leaders are aware of the consequences?

Leaders are semi-literate. Grab what you can while you can. Their primary objective is to seek the enrichment of a small cabal.

The truth is they will sell off everything as long as they can retain power.

A renewal of power requires polarisation which can be brought about by the victimisation of minorities. Costs do not matter at all. Why are Hindus following this leadership?

The Hindus are deriving pleasure because they believe Muslims are being taught a lesson. They are being shown their place.

Is this the dominant mindset across the country?

The BJP has come to power with a vote share of 35 per cent from which its committed vote share is 20 per cent.

The remaining vote share (65 per cent) is divided among different parties.

Sadly, there has been a total collapse of Opposition parties.

Wherever a viable alternative is available, people have voted for them.

I still maintain that the majority of Indians are opposed to this ideology.

Is the RSS leading the Hindutva charge?

The RSS is no longer in charge. The BJP leadership comprising a small cabal at the top takes all key decisions for both the party and the government. All orders emanate from the top.

Have you heard of a policy statement being issued from anyone else in the party? Nitin Gadkari will issue an occasional statement on roads, but he does not speak about anything else.

The Hindutva brigade claim they speak for Hinduism.

The RSS ideology has been borrowed from fascism and is not borne out of Hinduism.

They want India to have one historical identity whereas India is a land full of divergence which goes in every direction. 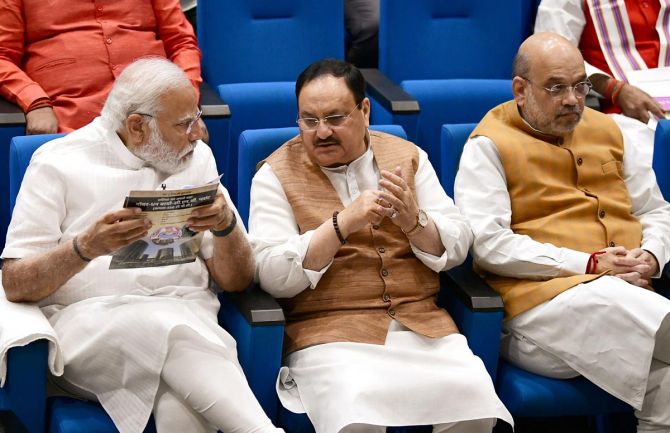 The conflict in Ukraine has led to world leaders flocking to New Delhi.

The West is trying to create a bloc against Russia. We are sitting on the fence.

The visits of several leaders is all part of coercive diplomacy since they want to force us to accept the Western perspective on Russia.

They are threatening us, warning us, that they will if we do not listen, they will put us under all kinds of sanctions.

After the break-up of the erstwhile USSR, Russia was willing to become a part of NATO. The West did everything to marginalise Russia despite the fact that Russia remains culturally closer to these Western nations than it does to the east.

Why is the West doing this?

Historical animosity. Expansionism. If Russia breaks up, many of these countries can expand further east.

The tools and weapons of conquest may have changed, but the objectives of dominance and conquest remain.

A proxy war is being fought in Ukraine.

A frontal confrontation is no longer viable.