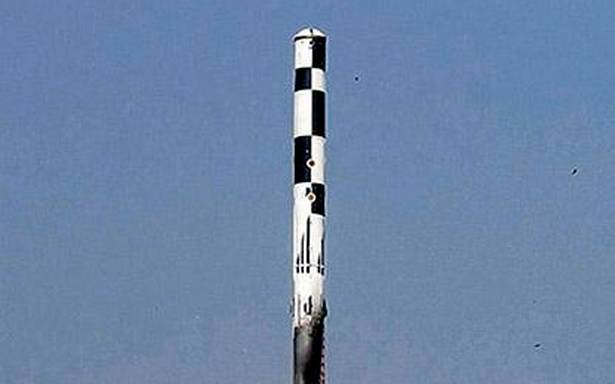 Has the domestic defence manufacturing industry grown? How is the Government making military export sales easier?

The story so far: On January 28, Philippines signed a $374.96 million deal with BrahMos Aerospace Pvt. Ltd. for the supply of shore based anti-ship variant of the BrahMos supersonic cruise missile. This is the first export order for the missile which is a joint product between India and Russia and also the biggest defence export contract of the country. This adds impetus to the efforts to boost defence exports and meet the ambitious target set by the Government to achieve a manufacturing turnover of $25 billion or ₹1,75,000 crore including exports of ₹35,000 crore in aerospace and defence goods and services by 2025.

What is the BrahMos missile system?

The Philippines contract includes delivery of three BrahMos missile batteries, training for operators and maintainers as well as the necessary Integrated Logistics Support (ILS) package. The coastal defence regiment of the Philippine Marines, which is under the Navy, will be the primary employer of the missile system.

BrahMos is a joint venture between India’s Defence Research and Development Organisation (DRDO) and Russia’s NPO Mashinostroyeniya. The missile derives its name from the Brahmaputra and Moskva rivers. Beginning with an anti-ship missile, several variants have since been developed and it is now capable of being launched from land, sea, sub-sea and air against surface and sea-based targets and has constantly been improved and upgraded. The missile has been long inducted by the Indian armed forces and the Army recently deployed BrahMos along the Line of Actual Control (LAC) in Arunachal Pradesh.

The range of the BrahMos was originally limited to 290 kms as per obligations of the Missile Technology Control Regime (MTCR) of which Russia was a signatory. Following India’s entry into the club in June 2016, plans were announced to extend the range initially to 450 kms and subsequently to 600 kms. BrahMos with extended range upto 450 kms has been tested several times since.

Which other countries are in discussion for the BrahMos missiles?

In addition to the deal signed last week by Philippines, there is another long pending deal under discussion for BrahMos missiles for the Philippines Army which could see progress in the near future, officials said. The procurement for Philippines Army (PA) is included in the Horizon 3 Modernisation programme of Philippines (Year 2023-2027), diplomatic sources had stated.

While the first export order for BrahMos took a long time, the next order is likely to be concluded soon with negotiations with Indonesia and Thailand in advanced stages. There is reportedly interest for BrahMos from countries in West Asia as well.

Philippines is also looking at several other military procurements from India and South East Asia as the region has emerged as a major focus area for India’s defence exports. For instance, Hindustan Aeronautics Limited (HAL) has received interest from Philippines Coast Guard for procurement of seven Dhruv Advanced Light Helicopters and eight Dornier Do-228 aircraft under the $100mn Line of Credit (LoC) extended by India. Progress on this has been delayed due to the pandemic situation, officials said.

Kanpur based company MKU has supplied Bullet Proof Jackets (BPJ) to Philippines in the past and is now in the race for bigger contracts for BPJs and helmets. In addition, maritime domain and ship building is another potential area for Indian companies in the Philippines.

What is the status of defence exports?

There have been a series of measures announced to incentivise and promote domestic defence manufacturing as well as efforts to boost exports which include simplified defence industrial licensing, relaxation of export controls and grant of No Objection Certificates (NOC), extending Line of Credit (LoC) to foreign countries to import defence products and empowering Defence Attaches in Indian missions abroad to promote defence exports. The draft ‘Defence Production & Export Promotion Policy (DPEPP) 2020’ is expected to be finalised soon.

In December 2020, the Cabinet Committee on Security (CCS) approved the export of indigenous Akash Surface to Air (SAM) missile systems which several countries in South East Asia and West Asia have expressed interest in.

To provide faster approvals for export of major defence platforms, a committee comprising of the Defence Minister, External Affairs Minister and National Security Advisor was set up. The Defence Ministry had said in December 2020, that “This Committee would authorise subsequent exports of major indigenous platforms to various countries. The Committee would also explore various available options including the Government-to-Government route.”