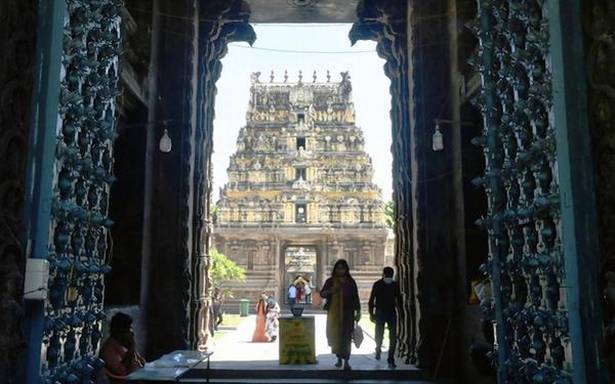 ‘Online budget will allow temple administrations to be more transparent’

Temples have been asked to upload their annual budgets online on the Hindu Religious and Charitable Endowments (HR and CE) Department website.

The budgets, which should have prior approval from respective officials, should also have savings to be done by the temple under various heads, explained a source in the department.

The HR and CE Act stipulates the submission of the budget for the Fasali year that starts on July 1 every year. Temples were supposed to put up the budgets on notice boards.

However, former officials said that many times budgets did not get the required approval for silly reasons. “They would not have filled up columns showing the amount meant for the Commissioner’s Common Good Fund or the government grant. Despite providing training to fill up the form, officials would make mistakes or the total would not add up,” said a retired official.

Another retired official, who welcomed the move, said that online accounting should also be introduced so that temples can upload expenses and income at least once a month so that they can immediately spot over-spending. Any additional expense should be done with due permissions, which is a procedure that is followed in many temples,” he said.

Citing the example of how a clerk had misappropriated ₹50 lakh belonging to a Shiva temple near Chennai, he said that if an online accounting system had been there it would have helped to keep tab of the accounts more effectively.

Minister for HR and CE P. K. Sekar Babu said that the online budget would allow temple administrations to be more transparent. “People can see how much is the income of a temple and what is spent on daily rituals or during festivals,” he explained.