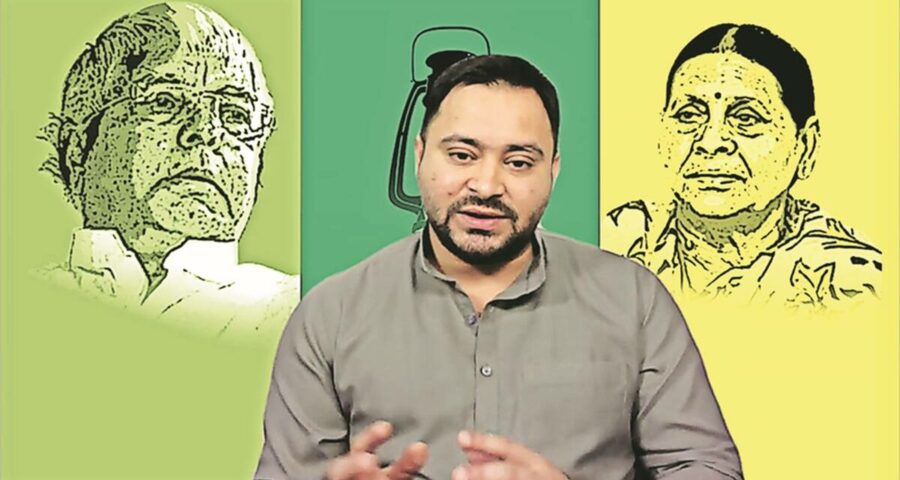 There is no shortage of issues for the opposition to raise, and their strategy should be based around “real issues”, the RJD leader said at the Idea Exchange programme of The Indian Express. 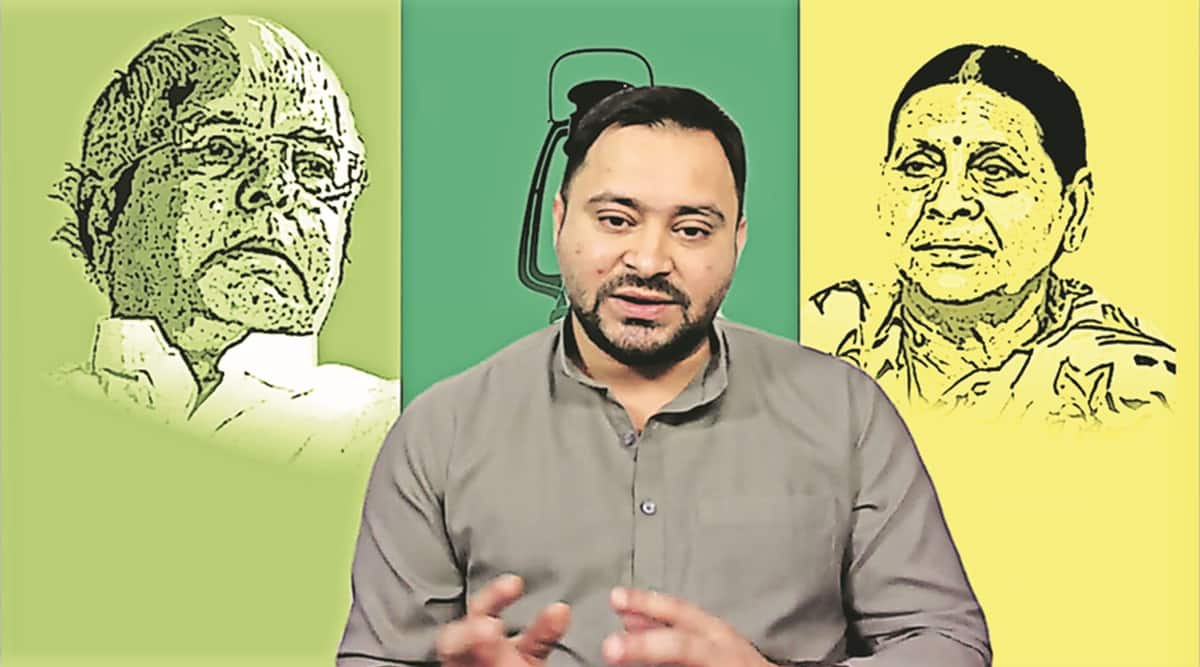 Leader of Opposition in the Bihar Assembly Tejashwi Yadav has said that opposition parties must keep aside differences and ego to work together on a strategy to take on the BJP — and that history would not forgive them if they fail to do so.

There is no shortage of issues for the opposition to raise, and their strategy should be based around “real issues”, the RJD leader said at the Idea Exchange programme of The Indian Express.

He also said that the Congress would have to be the “aadhaar” of any future opposition alignment.

Yadav said that while leaders such as Mamata Banerjee, Akhilesh Yadav, and Sharad Pawar were worried about the state of the country and did speak from time to time, they needed to team up and travel to various states together.

“I think something will emerge soon. I think members of the opposition parties will sit and talk. When someone asks me, I say the time has come, and we should talk as quickly as possible. In fact, we should have started talking from the day we lost,” Yadav said.

Yadav added: “…We have to convince people. If we cannot convince people, then somewhere there are mistakes. Perhaps we do not seem united. We should remove differences and egos and should not see who will become what [if we win]. If the country survives, then someone or the other will be [its leader]. But if these people (BJP) stay for much longer, nothing will be left of the country.”

Asked if the internal problems of the Congress was an impediment, Yadav said he believed the Congress would have to be the “aadhaar” (basis) for the opposition, as the party is in direct contest with the BJP in 200 seats, and has a national cadre and footprint.

However, wherever the regional parties are strong, they should be allowed to be in the “driving seat”, he added.

“Whether or not the Congress has a problem internally, only they can deal with it. They have to come out stronger. There are 200 seats where the Congress is in a direct fight with the BJP. They should concentrate on those seats. Nothing is to be gained by delaying. You have to be out in the field. I don’t know how much will be possible because of the pandemic and what the BJP will do… But we have to also prepare a backup plan.”

Yadav said that while no regional party could be forced into an understanding with other parties, they owed it to history to do so.

“I have said what should happen. Thereafter, it is up to the individual regional parties. I cannot force anyone. I cannot tie someone up. Who agrees, who comes [together], who doesn’t, is their decision. But there is one thing. When in the future history is read, people will not forgive us,” he said.

Yadav said that he was worried that the “design of the RSS and communal forces” of “spreading hate against one community in society” would take years to dismantle even after the BJP’s exit from power.

However, people needed “an option” (other than the BJP), he said. “We have to make a strategy… How can we corner this government? Because…people are really troubled. People want this government to fall as soon as possible. Those who voted for them are acknowledging their mistake. But it is our responsibility to present an option before the country. For this it is most important to sit together, [setting aside] egos, personal interests… To save the country, to save the Constitution, some strong steps have to be taken.”

The BJP-RSS have a single agenda, “they want a Hindu nation”, Yadav said. “They have a tried-and-tested formula. Communalise and get votes. But our strategy should be based on real issues of farmers, of labourers, of economics. That is what we have to raise. These people (BJP and its allies) tried a great deal in the Bihar Assembly elections as well. But we fought on our agenda, on the issue of unemployment…”

Yadav cautioned that “it should not be claimed that some party only talks of Muslims”. This is because “both Hindus and Muslims can be communal… It cannot be that only Hindus are communal and Muslims aren’t,” he said.