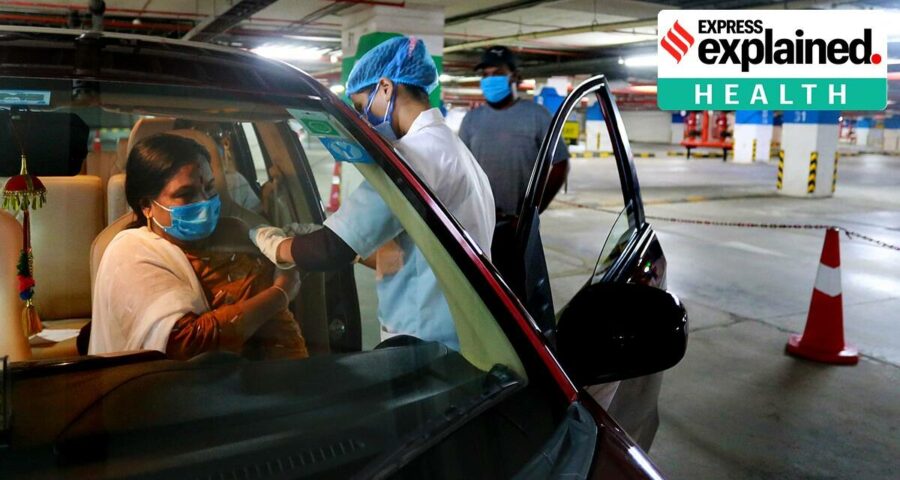 At the World Health Organization, Kappa is classified only as a "variant of interest", while Delta is a "variant of concern" signifying that it is a far bigger threat. The Uttar Pradesh government on Friday released the findings of the first batch of genome sequencing of the SARS-CoV-2 virus carried out at the King George Medical University in Lucknow. Of the 109 samples that were analysed, 107 turned out to be the widespread Delta variant, while the remaining two were the Kappa variant.

While the Delta variant has been widely discussed because it is now the dominant strain in circulation in the Indian population, the Kappa variant has not been talked about much. But that is only because it used to be known by a different name earlier. The World Health Organization (WHO) gave it the name Kappa only a few weeks ago. By now, its presence in the Indian population has decreased.

What are Delta and Kappa variants of Covid-19?

The Delta and Kappa variants are actually siblings, the direct descendants of a variant that earlier used to be referred to as the double mutant, or B.1.617. Previously, the major variants of coronavirus were referred to by the name of the country where they were first known to have emerged. Thus, they used to be called by names such as “UK variant”, “South Africa variant”, and “Brazil variant”, while the double mutant B.1.617 used to be called the “India variant”. To end such linkage with specific countries, which was leading to name-calling and blame game, the WHO named these significant variants after letters of the Greek alphabet at the end of May.

The B.1.617.1 was named Kappa, while the B.1.617.2 became Delta. No specific name was given to the B.1.617.3 because it was not very widespread. The variant that emerged in the UK (B.1.1.7) was called Alpha; the variant first reported in South Africa (B.1.351) became Beta; while the so-called “Brazil variant” (P.1) was named Gamma. These names were given only for easy reference in public discussions. They continue to have more formal scientific names.

The Kappa variant found in a few samples in UP is, therefore, not a new emergence. It has been present in the Indian population for several months now.

No cause of concern

Uttar Pradesh officials also emphasised that the Kappa variant was not a new threat, and that it had earlier been found even in the samples collected from the state.

“These are not a new variant so not of concern for us. We have had cases of Kappa variant since April and there is nothing to worry about,” said the state’s Additional Chief Secretary (Health), Amit Mohan Prasad.

In fact, the Kappa variant has earlier been assessed to be less dangerous than the Delta variant. That is also one of the reasons for the Delta variant becoming the most dominant one in the Indian population right now. Their parent lineage (B.1.617, or the double mutant) was first detected from samples in Vidarbha, and was considered to be the main reason for the second wave of infections in India. This variant was found to be faster transmitting that the previous mutants circulating in the population. It later turned out of the three sub-lineages that had emerged from B.1.617, the Delta variant was the most transmissible, and therefore the most widespread.

Even at the WHO, Kappa is classified only as a “variant of interest”, while Delta is a “variant of concern” signifying that it is a far bigger threat

Although initially concentrated in Maharashtra, the Delta variant spread to most other states in due course. The Kappa variant was also being discovered but its prevalence is far less than that of Delta variant.