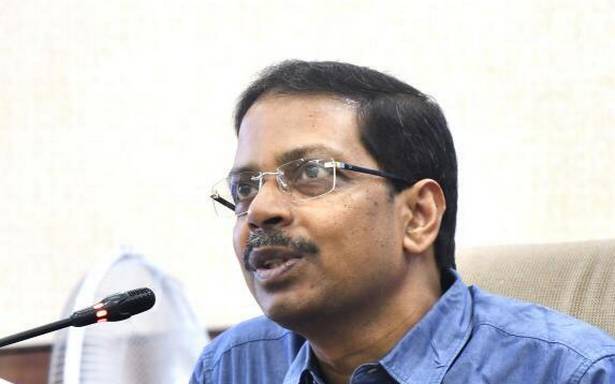 The Madras High Court on Monday closed a contempt of court petition filed against the State’s Chief Electoral Officer (CEO) Satyabrata Sahoo for having allegedly disobeyed orders passed by the court on March 10 to ensure that all government servants on poll duty get to exercise their franchise during the forthcoming Assembly election. Then, the court had specifically directed him to try and ensure that incidents of omission were below 10%

Disposing of the contempt plea, Chief Justice Sanjib Banerjee and Justice Senthilkumar Ramamoorthy said they were satisfied with efforts taken to implement the court orders and hence there was no reason to pursue the plea moved by Tamil Nadu High and Higher Secondary Schools Graduate Teachers Association. They said, the court will not conduct a witch hunt if there were a few accidental slips despite best efforts taken in a mammoth exercise.

The decision was taken after Election Commission of India (ECI) counsel Niranjan Rajagopalan submitted a counter affidavit right on the day when the contempt petition was listed for admission. In the counter, the CEO said the voters on election duty were allowed to exercise their franchise either through postal ballot, if they were deputed outside the constituency where they reside, or through Electronic Voting Machines (EVMs) if the deputation was within their home constituency.

Those deputed for poll work in their home constituency could exercise their franchise at the polling booth itself, on the day of polling, after displaying their Election Duty Certificate (EDC) to the officers concerned. Nevertheless, “it is submitted that the issuance of EDCs at the present Assembly Elections is only a case of exception as invariably all officers are posted for duty outside their Assembly Constituency,” the CEO added.

Voters on poll duty had to sign and submit pre-filled Form 12 in order to obtain postal ballot. They had also been given the freedom to correct mistakes, if any, in the pre-filled forms. The CEO said that 3,30,838 people had submitted Form 12 as on March 27 and that 1,85,057 of them had been issued with postal ballots. Around 1.45 lakh were yet to be issued with the ballot papers and only 114 (0.03% of total postal ballots issued) forms had been rejected so far.

Pointing out that all 114 rejections had happened only in three districts — Ariyalur, Pudukottai and Chennai — Mr. Sahoo said special attention was now being paid to those districts to ensure that there were no further rejections of Form 12. The District Election Officers had decided to give one more opportunity to correct mistakes by those whose forms had been rejected for technical reasons such as non-filling up of Elector’s Photo Identity Card (EPIC) number or failure to affix signature.

The CEO also told the court that the voters on poll duty could drop their postal votes either at the facilitation centres when they attend training sessions or send them by speed post until the morning of May 2, the day of counting of votes.