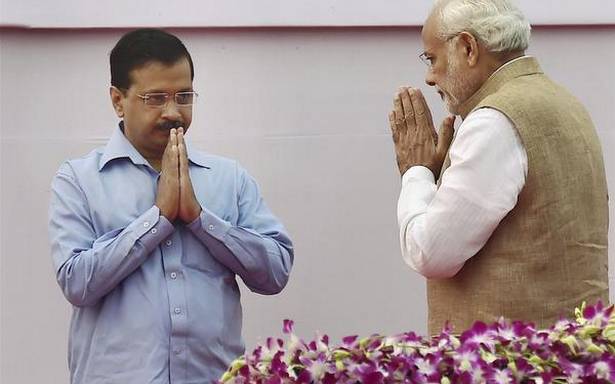 ‘Lack of maturity responsible for inability to work in tandem’

A lack of maturity by both the Centre and the Delhi government has led to governance tussles on a daily basis between the two on every aspect, the Supreme Court said in a judgment on Thursday.

A Bench led by Justice S.K. Kaul said the “unique” inter-relationship between different political dispensations in the Centre and Delhi had worked well for years until recently.

“The last few years have seen an unfortunate tussle on every aspect with the State Government seeking to exercise powers as any other Assembly and the Central Government unwilling to let them do so… it is almost a daily governance tussle,” Justice Kaul noted.

The court addressed the Arvind Kejriwal government in Delhi directly in its judgment, saying “the political dispensation which is in power in the State has to recognise the constitutional scheme of division of powers in Delhi which circumscribes their ability to work only within those powers. When they got elected, they knew what they were getting elected for — not what they thought should be the division of powers”.

Now, turning to the Narendra Modi government in the Centre, the apex court observed that “the Central government is required to work in tandem, albeit with a different political dispensation”.

“Maturity is required from both sides and we have to reluctantly note the absence of such maturity in this important interrelationship,” Justice Kaul wrote.

The court said the inability of the Centre and Delhi government to see eye-to-eye on governance issues in the Capital has been responsible for a spate of litigation. “Repeated judicial counsel to work in tandem has not been successful,” the court noted.