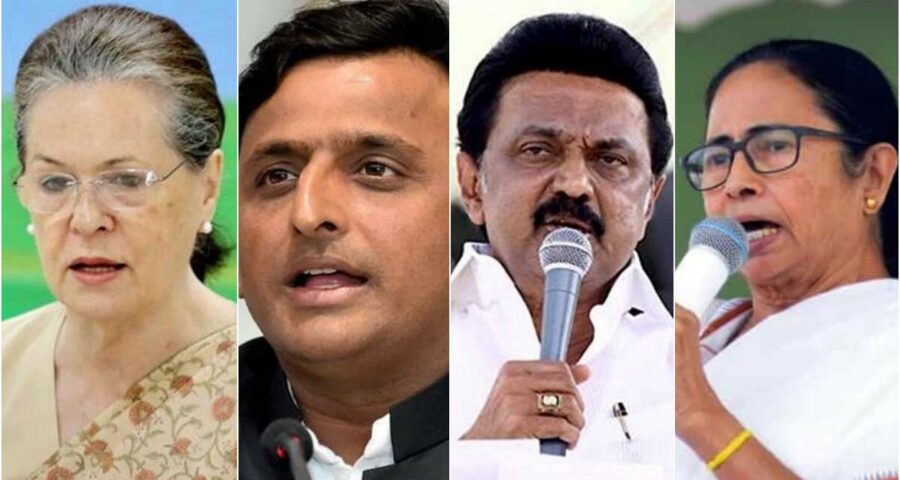 The Congress hit out at the Prime Minister, asking him to apologise to the farming community and to the families of the farmers who died during the protest. 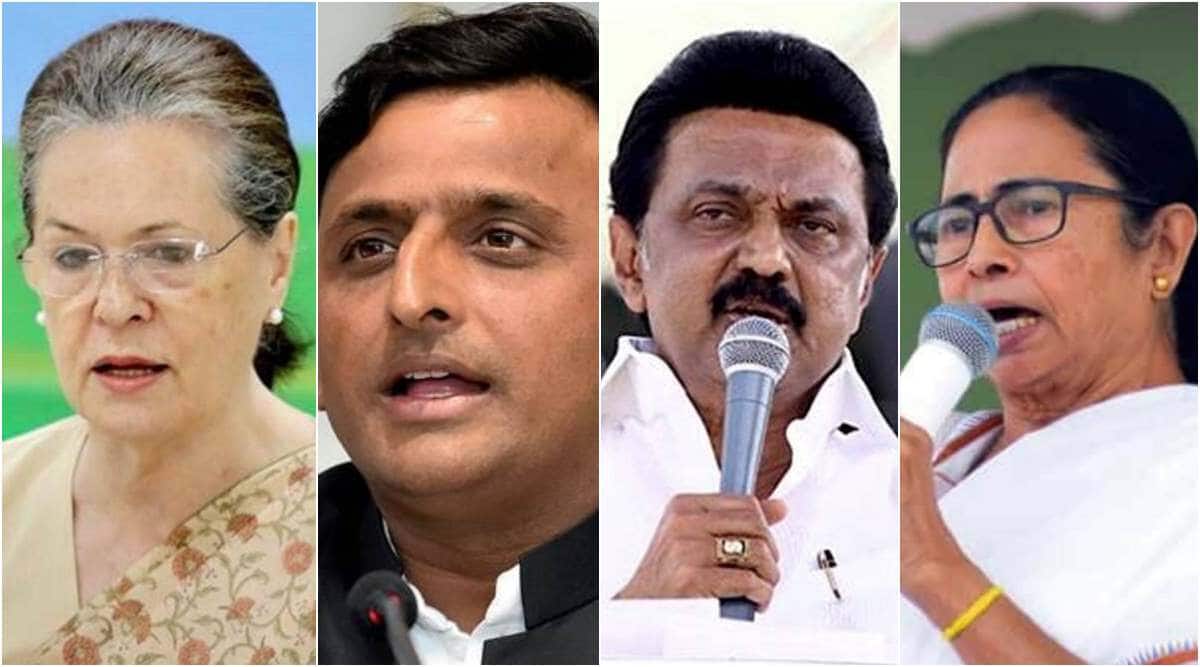 As Prime Minister Narendra Modi announced a repeal of the three farm laws, the Opposition called it a victory for farmers, with Congress president Sonia Gandhi saying she hopes the government has “drawn some lessons for the future” and Samajwadi Party chief Akhilesh Yadav dismissing the PM’s apology for the government’s inability to convince the farmers about the laws as “jhoot ki maafi (fake apology) with an eye on votes”.

From the Congress to Left parties and regional players such as the TMC, AAP, RJD, BSP, RLD and DMK – parties that backed the stir against the agricultural laws over the last one year – welcomed the announcement on the repeal of the laws, with some of them arguing that the decision to repeal the laws was taken by the government fearing setbacks in the forthcoming Assembly elections.

The Congress hit out at the Prime Minister, asking him to apologise to the farming community and to the families of the farmers who died during the protest.

In a statement, Sonia Gandhi said the repeal of the farm laws was a victory of truth, justice and non-violence. “The conspiracy that was hatched by those in power against the farmers and workers was defeated today and so was the arrogance of dictatorial rulers. In a democracy, decisions should be taken after discussions with all, with the agreement of those impacted and taking the opinion of the Opposition. I hope the Modi government has at least drawn some lessons for the future,” she said.

“I hope the Prime Minister and the BJP government will leave their stubbornness and arrogance and will focus on implementing policies for farmers’ welfare, will ensure MSP for them and will evolve a consensus with state governments, farmer organisations and Opposition parties before taking any such step in the future,” she added.

Senior Congress leader Rahul Gandhi wrote an open letter to the farmers congratulating them for the way they “fought the arrogance of a dictatorial leader in a Gandhian way and forced him to take back his decision.” It is an “unmatched example of victory of truth over falsehood”, he said.

Saying the struggle is not over, Rahul said issues such as providing remunerative MSP for farmers, scrapping of the Electricity (Amendment) Bill, removal of tax on agricultural implements, rolling back the hike in prices of diesel and giving relief from debt to farmers and agricultural workers are still to be resolved.

“I want to tell the PM that farmers know what is good and bad for them. By playing into the hands of some capitalists, do not indulge in a conspiracy again to enslave farmers… The Prime Minister should, according to his promise, take steps to ensure that the income of farmers is doubled by 2022,” Rahul said.

West Bengal Chief Minister and TMC supremo Mamata Banerjee tweeted: “My heartfelt congratulations to every single farmer who fought relentlessly and were not fazed by the cruelty with which @BJP4India treated you. This is YOUR VICTORY!” The Samyuk Kisan Morcha leaders had campaigned against the BJP in Bengal ahead of the Assembly polls earlier this year.

Addressing a press conference in Lucknow, SP chief Akhilesh Yadav said, “Saaf nahi hai inka dil, chunav baad phir layenge Bill (Their intentions are not good, they will bring back the Bills after elections).” Referring to the PM’s apology to farmers, he said, “Those who have apologised should promise to quit politics forever. They think that this fake apology will help them come back to power… They want votes.”

Both the BSP and AAP demanded compensation and government jobs for the families of the farmers who died. “This decision should have been taken much earlier by the Central Government,” said BSP chief Mayawati.

Delhi Chief Minister and AAP chief Arvind Kejriwal called the Centre’s decision on the laws “a victory for the country’s democracy”. Apart from getting a resolution against the laws passed in the Delhi Assembly, the AAP government had provided logistical support to the protesting farmers by installing mobile toilets and water tankers at Singhu and Tikri borders, while also refusing the Delhi Police permission to convert stadiums into makeshift jails.

CPM general secretary Sitaram Yechury asked PM Modi to apologise for the hardships and trouble caused by his “dictatorial step” to “benefit his crony business partners”.

AICC general secretary Priyanka Gandhi Vadra asked why the government was waiting for the Winter Session of Parliament to start before repealing the laws. “The government brings ordinances for so many small issues, why not for this?”, she asked.

Senior Congress leader P Chidambaram said the Prime Minister’s “announcement on the withdrawal of the three farm laws is not inspired by a change of policy or a change of heart. It is impelled by fear of elections!”

He then added: “If there is fear of losing the next election, the PM will: Admit that demonetisation was a Himalayan blunder, admit that the GST laws were poorly drafted and implemented in a hostile manner, admit that Chinese troops have intruded into Indian territory and occupied our land, admit that the CAA is a patently discriminatory law, admit that the Rafale deal was dishonest and requires to be investigated, admit that the acquisition and use of Pegasus spyware were illegal.”

Addressing a press conference, Congress communication department head Randeep Surjewala asked the prime minister to apologise to the farmers for the “pain” inflicted on them and asked the government “five questions”: “What is the roadmap for providing a minimum support price to farmers? What is the roadmap for doubling the income of farmers? What is the time limit for rolling back the hike in excise duty of diesel which is hitting the farmers hard? When will the government take back GST imposed on farm implements including fertilizers, seeds, pesticides and tractors and what is your plan of action on farm loan waiver?”

Tamil Nadu Chief Minister M K Stalin also welcomed the Centre’s decision. “History teaches us that people’s wishes shall prevail in a democracy,” he said. The DMK government had passed a resolution in the Assembly against the farm laws in August.