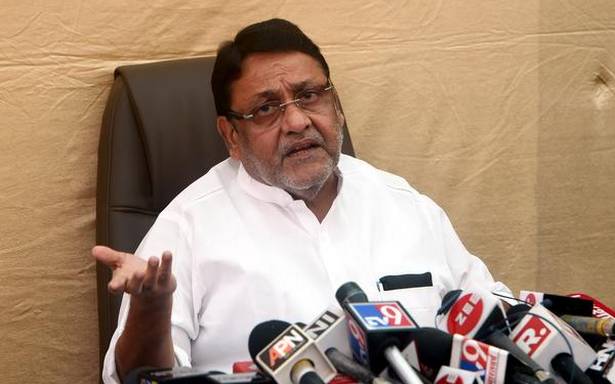 Continuing his revelations against Narcotics Control Bureau (NCB) officer Sameer Wankhede, Maharashtra Minister and Nationalist Congress Party leader Nawab Malik on Friday released documents which claimed a restobar registered in the name of Mr. Wankhede was being operated since 1997.

“Sameer Wankhede’s father was working with the Excise department. That time, he managed a licence on Sameer Wankhede’s name in 1997-98. Since then he has been renewing the permit and is valid till 2022. Sameer was 17 years old when the licence was issued. As per the rule a minor does not get the licence despite which the permit room is running since 1997,” said Mr. Malik.

The Minister said no government officer could run his own independent business while working. “There are three allegations based on which Wankhede will lose his job. First is the extortion case of Aryan Khan. Second is submitting fake caste certificate and third being running the bar despite being a government servant,” said Mr. Malik, adding that Mr. Wankhede has shown the income from the bar as rent.

Meanwhile, Mr. Wankhede has claimed that he never concealed the information about the bar and the income is reflected in his Income Tax returns. He further claimed that after joining the government service, the power of attorney of the property was with his father.