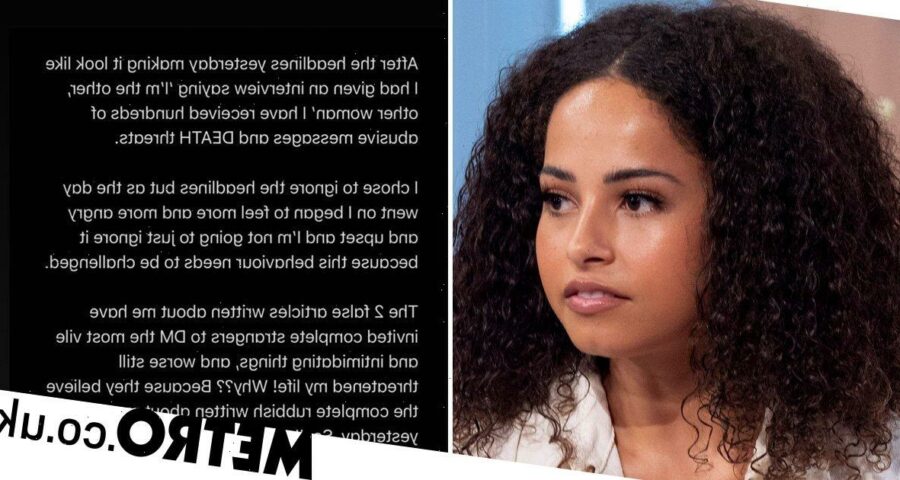 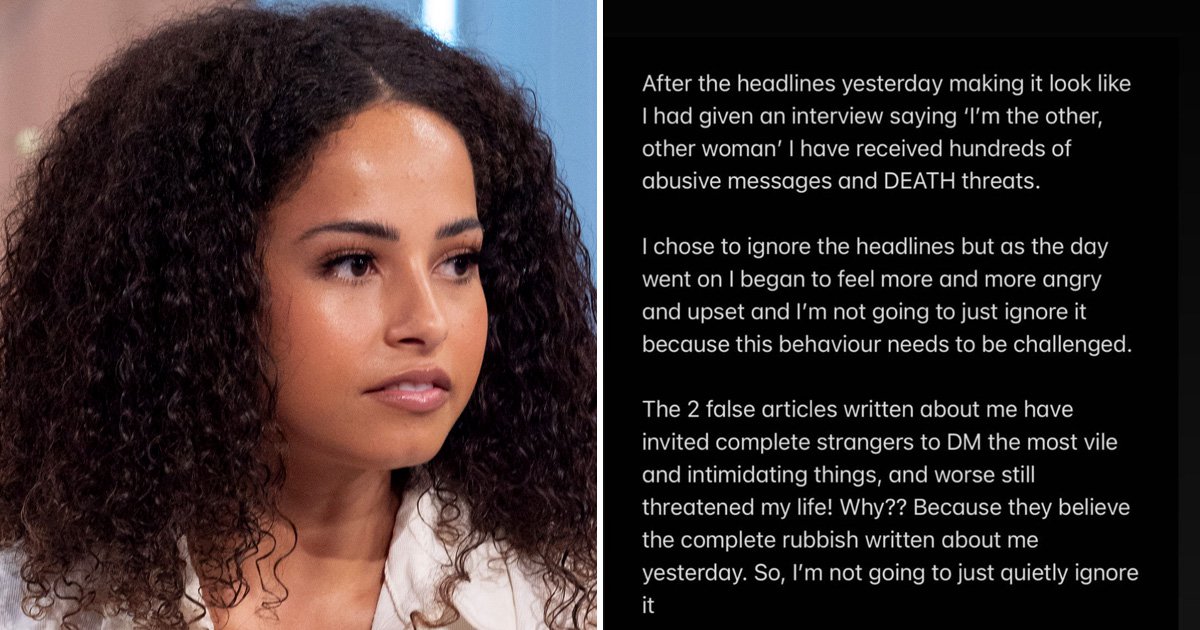 After Amber Gill vigorously denied rumours that she is secretly dating footballer Jack Grealish, a source has revealed that the former Love Island winner is ‘really upset’ about ‘awful DMs from trolls’ that she has received in the wake of the stories accusing her of being ‘the other woman’.

The 24-year-old took to her Instagram to refute the reports ‘for absolute clarity’ on Friday afternoon and shared that she had received ‘hundreds of abusive messages and death threats’.

According to the newspaper reports, a source suggested that the ITV2 star had been caught up in some sort of love triangle with the England star and actress Emily Atack, as well as Jack’s long-term girlfriend, Sasha Attwood, despite neither Jack, Emily nor Sasha addressing any of the earlier speculation.

Speaking exclusively to Metro.co.uk, a friend of Amber’s said: ‘Amber’s really upset about this, it’s come from absolutely nowhere and she’s received some really awful DMs from trolls about it. She tried to just shrug it off as she does, but this has really got to her. She’s getting hate from trolls for doing nothing wrong, it’s so unfair.

‘The thing is we all think Amber’s really strong, but she actually has such a big sensitive side, and getting trolled for something that’s not true and especially something that goes against what Amber stands for and her girl code, it’s a lot to bear.

‘It also makes you question why someone would want to say these things about you.’

The reality star posted a statement on social media, in which she wrote: ‘After the headlines yesterday making it look like I had given an interview saying ‘I’m the other, other woman’ I have received hundreds of abusive messages and DEATH threats.’

Amber said that she ‘chose to ignore the headlines’, but as the day continued, she began to feel ‘more and more angry and upset’, adding: ‘I’m not going to just ignore it because this behaviour needs to be challenged.’

‘The 2 false articles written about me have invited complete strangers to DM the most vile and intimidating things, and worse still threatened my life! Why?? Because they believe the complete rubbish written about me yesterday. So, I’m not going to just quietly ignore it,’ she said.

‘For absolute clarity and in MY words, I’ve never been the ‘other woman’ nor will I ever be. And I would also never use the degrading term ‘other woman’ either (like we are collectible trophies for men!).

‘How quickly can you forget your OWN mental health campaign?? #bekind.’

After The Sun reported that Amber was left ‘heartbroken’ after discovering that Jack was ‘dating’ Emily ‘possibly at the same time’ as her, as well as seemingly being in a relationship with Sasha, the influencer wasted no time in taking her name out of the apparent race for the England ace’s heart.

While she didn’t name Jack, Amber posted a video clip on Instagram where she voiced her frustration over ‘this is who she’s dating’ gossip ruining her real-life relationships, captioning the video: ‘If you wanted to know who I was really dating, you’ll never find out because of this kind of sh*t.’

On her pal Rubey Lalia’s Instagram, Amber was also seen dismissing rumours she was ‘heartbroken’ or ‘the other woman’.

After lamenting the inaccuracies in the reports, she later added: ‘Cheers to not being the other f**king woman, ever, never in a million years.