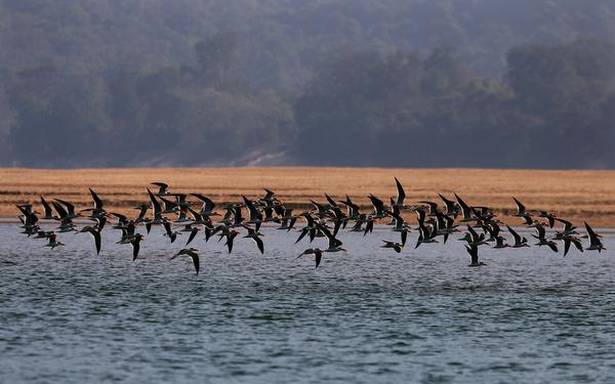 The National Green Tribunal has directed the collector of Odisha’s Kendrapara district to take up restitution measures to mitigate the adverse environmental impact on the banks of Brahmani River and Mahanadi River due to illegal excavation of soil.

The restitution measures have to be completed in a time bound manner within four months, the NGT directed.

It was alleged that contractors were procuring soil and morrum (red soil) for the earth bed of the Haridaspur-Paradeep Railway line constructed under the supervision of the Rail Vikash Nigam Limited in Kendrapara.

“The persons involved in the extraction of morrum, which is a minor mineral do not have environmental clearance certificate or lifting orders from Tahasildars or sanction from any competent authority as per the Orissa Minor Mineral Concession (OMMC) Rules, 2016 and Environment (Protection) Act, 1986,” said Shankar Pani, counsellor for petitioners who pointed out the reported violations.

The National Institute of Technology (NIT), Rourkela in compliance of the directions given by NGT submitted a report regarding environmental impact of illegal quarrying on two major rivers of Odisha.

As per the NIT, Rourkela report, Brahmani riverbank has been damaged by the illegal excavation. It recommended that the bank was required to be stabilized with soil followed by plantation to prevent soil erosion.

The report also pointed out that banks of Mahanadi River at Putulibank village in Mahakalpara Tahsil was severely impacted by the illegal excavations.

“The land has been excavated in the range of a few feet to 10-12 feet depth. It is suggested that the riverbank be immediately strengthened, and suitable plantation be carried out at the bank. Though the excavations have been carried out from private land, it is still likely to have a serious impact on the riverbank and environment in the long run. It is therefore suggested to fill up the excavated land with sand or soil,” said the premier institute.

The NGT directed Kendrapara collector to ensure that no illegal excavation is carried out in the area and all security measures is taken. The tribunal suggested steps such as formation of monitoring teams which would inspect the area from time to time.

“Strict surveillance measures through satellite monitoring as well as installation of CCTV cameras in strategic locations may be ensured. Strict inspection may be carried out from time to time,” the tribunal said in its direction.