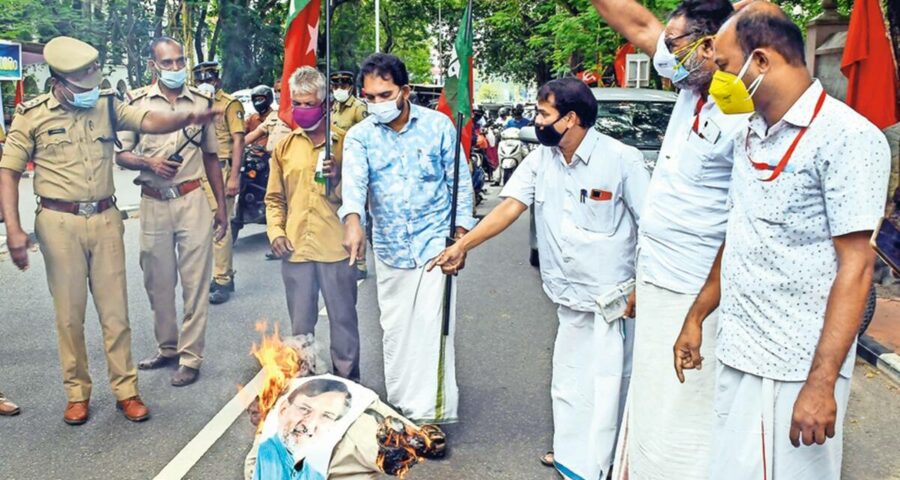 The sedition case was based on a complaint filed by C Abdul Khader Haji, president of the BJP's Lakshadweep unit. Several BJP leaders and party workers in Lakshadweep have submitted their resignations in protest against the sedition case filed against islander and filmmaker Aisha Sultana. The sedition case was based on a complaint filed by C Abdul Khader Haji, president of the BJP’s Lakshadweep unit.

In his complaint, Haji had cited Sultana’s purported remarks during a discussion on a Malayalam TV news channel in which she said the Centre was using UT Administrator Praful K Patel as a “bio-weapon”. The discussion pertained to Patel’s controversial proposals which have triggered public protests in Lakshadweep.

In their resignation letter, the BJP office-bearers said Haji’s allegations against Sultana were “untruthful” and aimed at destroying her and her family’s future. Defending her, they said she was only speaking for the rights of the people on the islands. They said the entire BJP unit was aware of the “enormity” of Patel’s “anti-democratic, anti-people and terrifying” policies.

According to sources, at least a dozen party leaders and scores of party workers have resigned. Among these are BJP state secretary Abdul Hamid Mullipura, general secretary M P Sayed Mohammaed Koya, member of the Wakf Board Ummul Kulooos Puthiyapura, member of the Khadi board Saifullah Pakkiyoda and secretary of the Chetlat unit Jabir Salihath Manzil.

Koya, who had contested as the party’s candidate in the 2014 Lok Sabha elections, said he was quitting in the wake of resignations of party workers.

There is resentment within the BJP unit in Lakshadweep over Patel’s proposals that include a ban on the sale of beef and cow slaughter, barring those with over two children from contesting local body elections, widespread changes in land-use policies and ownership, and the dilution of Covid-19 protocols.

Several party leaders, including general secretary Mohammed Kassim, have taken exception to Patel’s “autocratic’’ style of functioning. In Lakshadweep, the BJP is part of the Save Lakshadweep Forum, formed to protest against the proposed reforms.

BJP national vice-president A P Abdullakutty, who is in-charge of Lakshadweep, said: “The decision to move a complaint against Aisha was taken after discussions in the party… After she made the controversial statement, hundreds of BJP workers protested against her. They wanted legal action against her. With the BJP moving a police complaint against her, the anti-BJP sections are forcing several leaders and workers to quit the party. Our party leaders and workers are facing social boycott.”

He said while the party had filed a complaint, it did not specify what IPC Sections should be slapped against Sultana.

Mohammed Salim, president of the BJP’s Amini unit, however, said no decision was taken to file a complaint against Sultana. “Soon after she made the anti-national statement, we wanted to protest. Hence, we organised the public protest. But the party did not decide to move a complaint against her as she had clarified that her statement was not against the country or the Union Government, but against the Administrator. In the coming days, there will be more resignations as party workers are agitated. People have turned against the BJP over this issue,’’ he said.