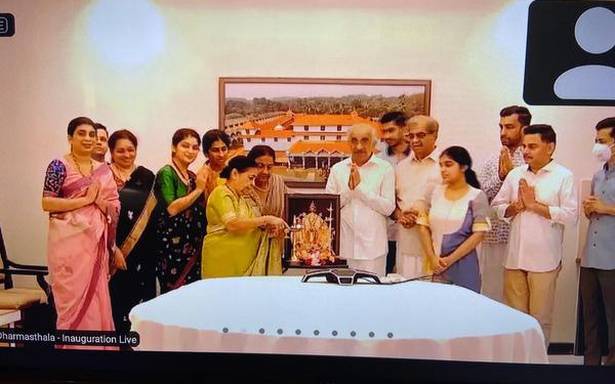 Sri Dharmasthala Manjunatheshwara Education Society, which manages a host of education institutions across Karnataka, on Wednesday opened an English-medium school at Ashoknagar in Mangaluru.

“The school at Mangaluru could have its own building thanks to the large-heartedness of Ramakrishna Mallya, who donated five acres of precious land in the city to the services of the Lord. Launching a school to provide quality-based education from class 1 to 8 would be the best way to utilise the donation,” Mr. Heggade said.

Earlier, his wife Hemavathi Heggade inaugurated the school by lighting a lamp in the presence of his brothers Surendra Heggade and Harshendra Heggade.

The inauguration was followed by comic splash painting by Vinay Hegde and a magic show in virtual mode by eminent magician Kudroli Ganesh.