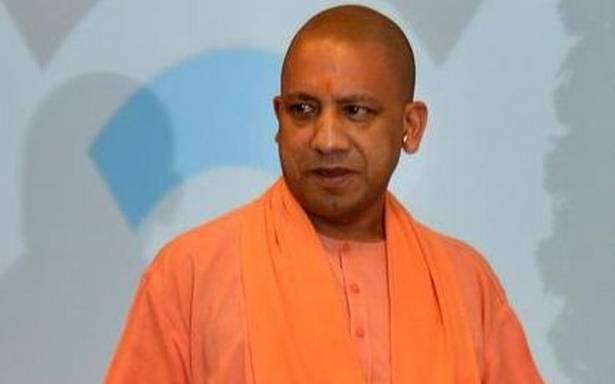 Party chief says BJP has failed to keep its promise

The Nishad Party, an Other Backward Class (OBC)-based ally of the ruling BJP in Uttar Pradesh, has demanded a larger share in power ahead of the 2022 Assembly poll, even showing interest in the Deputy Chief Minister post.

Nishad Party president Sanjay Nishad, self-proclaimed ‘political godfather of fishermen,’ has said the BJP failed to fulfil the promises made by it in 2019, when the Nishad Party dumped the SP-BSP alliance and switched over.

Interacting with reporters in Lucknow on Wednesday, Mr. Nishad issued a warning to the BJP saying that its ally would not be able to win again in U.P. if it hurt the Nishads.

“If BJP gives us dukh, they will also get dukh [If the BJP causes us misery, it will also face misery],” he said. “If they want to come to power, they will have to please the Nishads,” said Mr. Nishad.

The OBC leader claimed that the BJP had promised him he would either get a Rajya Sabha berth or a high-profile ministerial berth in U.P.

“Our community aspires to have a CM. All other communities have had a CM. My people in their hearts want to see Dr. Sanjay [himself] as a CM. I have given a message to the BJP government that if it makes Dr. Sanjay the new CM or present [me] as a deputy CM face, look how they form the government in 2022,” Mr. Nishad told a television channel here.

A riverine OBC community, the Nishads, along with their connected sub-castes Mallah, Kewat, Dheevar, Bind, Kashyap and others, are an important segment of the non-Yadav backward vote in the state. Among their political icons are bandit-turned-politician Phoolan Devi. The Nishad Party emerged into the political scene in U.P. ahead of the 2017 Assembly poll, projecting itself as the voice of the backward riverine castes with the demand of their inclusion in the Scheduled Caste list. In the 2017 Assembly election, the Nishad Party managed to secure over 5.40 lakh votes in the 72 seats it contested, mostly in east U.P., but failed to open its account.

In 2018, it forged an understanding with the SP and BSP, helping the former win the crucial Lok Sabha by-poll election in Gorakhpur and Phulpur, the political fields of Chief Minister Yogi Adityanath and deputy CM Keshav Prasad Maurya respectively. Mr. Nishad’s son Praveen Nishad, an engineer, won from Gorakhpur on SP ticket.

Mr. Nishad then resolved to mobilise the “85%” (OBC, Dalits and Muslims) against the BJP in the 2019 Lok Sabha election. However, just three days after he had extended support to the SP-BSP, he walked out of it, accusing the two parties of not following coalition dharma and ignoring the Nishad Party in official campaign material and their non-committal attitude over seat arrangement.

Eventually, the BJP allotted one seat to the Nishad Party — Sant Kabir Nagar for Mr. Praveen Nishad — but he had to contest on BJP ticket. He won.

The father-son duo recently met top BJP leaders, including Amit Shah and J.P Nadda in Delhi with their demands, which included “due respect” for the party, scrapping of certain laws on the Nishad community’s rights on land pattas and issuing SC Majhwar community certificates to the Nishads.

Mr. Nishad claims the BJP is losing support among the Nishads for ignoring the party during the by-polls and Zilla panchayat polls. He said he communicated to Mr. Nadda that the Nishad Party and the BJP were a “natural alliance.” The Nishads claim they are descendants of Nishadraj, the boatman who, as per Hindu beliefs, helped Lord Ram along with his wife and brother cross the Ganga during exile.