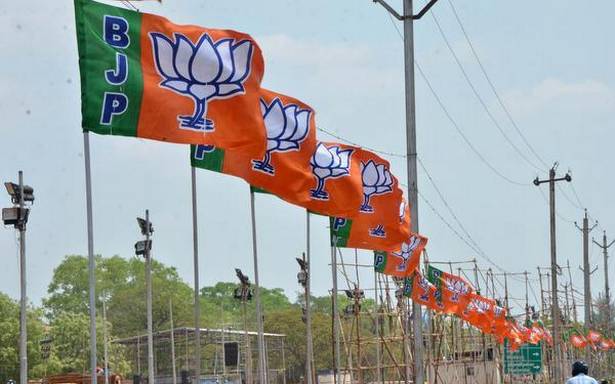 The seven electoral trusts that were analysed received a total of ₹363.51 crore from various corporates and individuals.

Over 76% of donations made by electoral trusts that submitted their annual reports for 2019-2020 to the Election Commission and declared to have received funding went to the Bharatiya Janata Party (BJP), an Association for Democratic Reforms (ADR) report said on Wednesday.

Out of the 21 registered trusts, 14 submitted their annual reports to the EC and seven of those declared that they had received funds that were then given to parties, the ADR report said. The seven electoral trusts that were analysed received a total of ₹363.51 crore from various corporates and individuals. The trusts gave a total of ₹362.91 crore to political parties, the ADR report said. While the BJP got the largest share, the Congress received ₹31 crore, followed by the Aam Aadmi Party with ₹11.26 crore.

“JSW Steel Ltd. contributed the highest amount worth ₹39.10 crore amongst all donors of the electoral trusts, followed by Apollo Tyres Ltd. with ₹ 30 crore and Indiabulls Infraestate Ltd. which contributed ₹ 25 crore, to various trusts,” the report said.

It added that Paribartan Electoral Trust declared ₹3 crore donation to a party through electoral bonds, but the name of the party was not mentioned.

The ADR observed that with half the trusts that submitted their annual reports declaring nil contributions, it raised a question over the continued registration of such electoral trusts.