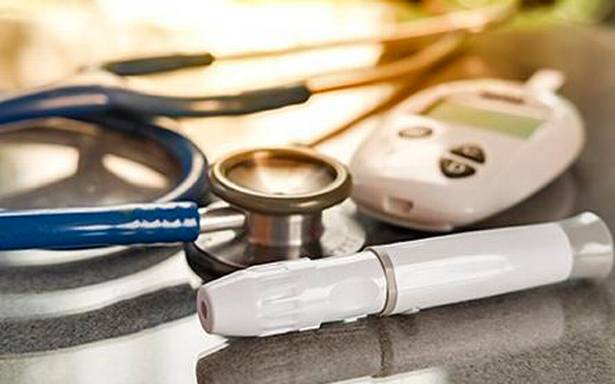 Researchers found that all the risk factors such as lipids, hypertension and dysglycemia had increased considerably in the population.

The risk of cardiovascular (CV) diseases is set to increase in urban and rural population in Tamil Nadu in the future if the current scenario persists, a recent study has shown.

Researchers from Dr. A. Ramachandran’s Diabetes Hospital tried to understand the trend in cardiovascular diseases in three different sets of population. They returned to a population they had studied a decade earlier for the purpose and found that all the risk factors for CV diseases such as lipids, hypertension and dysglycemia (diabetes and pre-diabetes) had increased considerably in the population.

The study was conducted in urban, semi-urban and rural population, said Nanditha Arun, principal author of the study published in Diabetes Research and Clinical Practice.

“This is a population-based study in Chennai (urban), Kancheepuram (semi-urban) and Panruti (rural). We had last reported the prevalence in 2006 and wanted to go back and see how the prevalence was a decade later. We found that there was a significant increase not only in diabetes but also cholesterol. The prevalence of hypertension had increased in semi-urban population but not among villagers. Obesity, dyslipidemia and cholesterol are traditional risk factors for CV diseases. This is a matter of concern and public should be aware,” she said.

“Our present study shows that the prevalence of major cardiovascular risk factors is on the increase even among the rural populations. Hypertriglyceridaemia, a major component of DL, is the most common and early abnormality noted among persons with diabetes and is an indicator of increased insulin resistance,” the authors wrote in their article, ‘Secular trends in cardiovascular risk factors among urban and rural populations in Tamil Nadu, India – an ancillary analysis of the STRiDE -I study.’

“This study has shown an increasing secular trend in CV risk factors both in the urban and rural areas in the same regions in Tamil Nadu,” the study pointed out and called for innovative methods to reach the rural population and an improvement and expansion of facilities for prevention and appropriate treatment of metabolic diseases such as diabetes and CV diseases in urban and rural areas.

Ambady Ramachandran, one of the co-authors of the study, said: “Along with diabetes other cardiovascular risk factors such as pre-diabetes, high cholesterol and hypertension are increasing in our population as shown by two population-based studies done a decade apart 2006 to 2016. Developed countries have already taken large prevention programmes and reduced the incidence of CV diseases, including heart attacks. We need to take urgent measures early to reduce the risk in the population by public health programmes, food policies as well as school health education.”