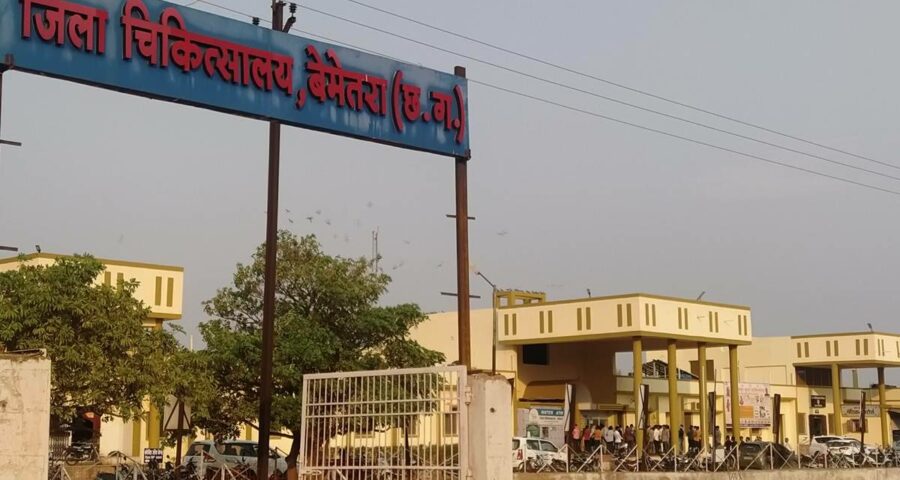 Bemetara's numbers capture in a nutshell the impact of the second wave of the pandemic in the state. And its lone Covid ICU facility — 8 beds at the district hospital — the damage and despair that it has caused. 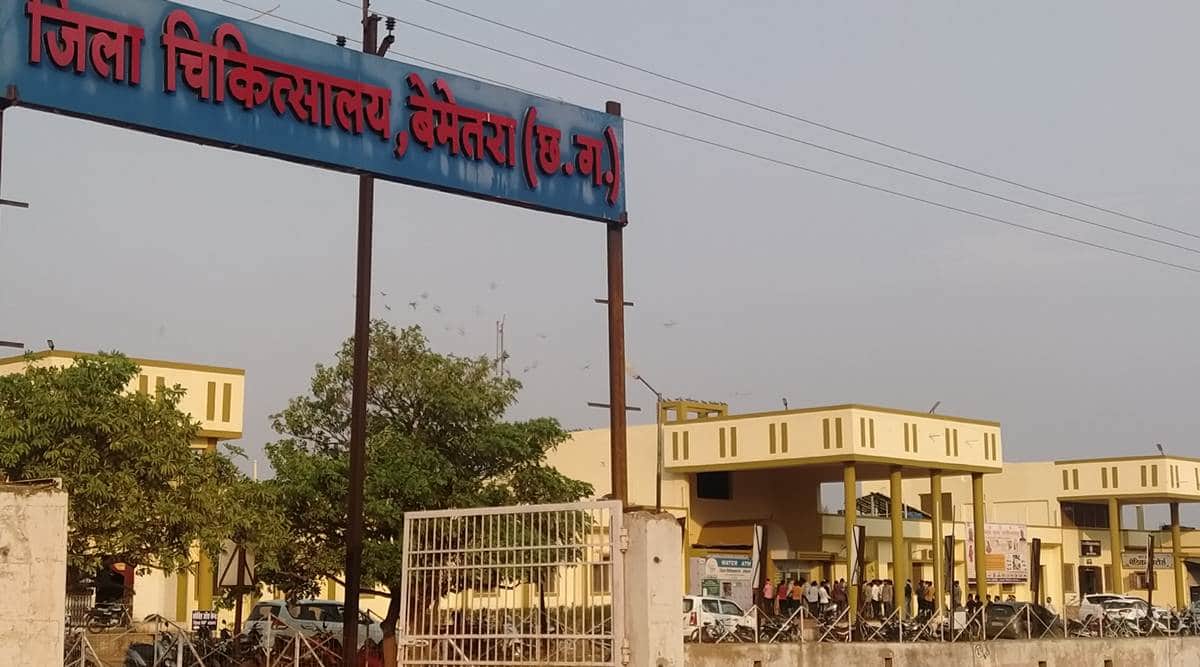 In October last year, when the Covid caseload was peaking across the country, Bemetara in Chhattisgarh recorded 1,000 cases. On April 1 this year, the district’s log of active cases showed 6,300. By April 12, it had surged to 9,700.

Bemetara’s numbers capture in a nutshell the impact of the second wave of the pandemic in the state. And its lone Covid ICU facility — 8 beds at the district hospital — the damage and despair that it has caused.

Two of those ICU beds are vacant now. But that’s because the occupants succumbed to the virus on Monday.

Chhattisgarh currently has 98,856 active cases. “In Bemetara, we are getting more than 200 cases in a day. They are coming from everywhere,” says a district health official.

“The patients have all shown a similar pattern. Because of months of lull, they thought Covid was over. Even after they started showing symptoms, they thought it was common flu and didn’t turn up at the hospital until the last minute,” says a senior doctor at the district hospital.

The panic is evident on the face of 27-year-old Rupesh Sahu outside the Exclusive Covid Care Center. He stops anyone who steps out wearing a PPE kit to ask about his mother Renuka, 47, who was admitted to the ICU on April 5, just three days after she took a Covid test.

“She had gone to Durg to see my sister who had delivered a baby. I told her not to go inside the hospital, but she fought with me and went. She is the only one who got infected…my sister and her baby are fine,” says Sahu who hails from Bhendani village.

According to the district’s Medical Health Officer, Dr Satish Sharma, there is a rising influx of cases from neighbouring districts. “Durg and Raipur are two districts where a high number of cases are being noticed. Bemetara, being at a junction of sorts between the two, sees a lot of intermingling across the borders. People from here also work in those two districts, and are now returning,” says Sharma.

Another ICU bed is occupied by 50-year-old Kavita Kumari Dewangan. In the regular Covid ward nearby is her daughter Tarnini Dewangan, 32, a mother of two who is undergoing treatment after a brief stint in the ICU of her own. Both of them work as seamstresses for a local garment manufacturer while also running a tailoring business of their own on the side.

Speaking to The Indian Express over phone, Tarini says: “We had several orders since it is the season of weddings and festivals. I fell ill first, but my mother started getting worse faster than me. Both of us were hospitalised on April 3.”

Tarini, who is also from Bhendani village, says she still has high fever through the nights while her mother is on oxygen support. “I don’t know what is happening at home, I haven’t seen anyone from my family. I just want to go home,” she says.

Her mother’s neighbour in the ICU is Ram Krishna Sharma (60) from Majhgaon village which, along with Bhendani, falls in Berla block near Durg. “He has hypertension and diabetes. He came to us when the symptoms were already out of control. He is critical, and we are trying to keep his vitals in control,” says a Covid staffer.

Two other beds in the ICU are occupied by Devdutt Sharma (54) and his wife Anusuiya (45). Both have co-morbidities, and were referred from a hospital in Bhilai. Says their son Pravin Sharma, 30: “My father was undergoing treatment for typhoid. When he started facing difficulty in breathing, we admitted him to a hospital, where he tested positive. There was no space in Bhilai hospitals, so we were shifted here. Soon after, my mother tested positive, too.”

Two ICU patients — Baburam Verma (56) and Dhanesh Verma (42) — died Monday, within 48 hours of being admitted. “We have been having cases of patients who have died while we were administering help. For Dhanesh, his blood oxygen level had dropped to 30 per cent,” says a nurse.

Given the surge, resources are stretched to the maximum, say doctors and staffers. “We are working with 75 per cent supplies and without a specialist or anesthesiologist. All of us are doing multiple roles to minimise wastage and ensure that we can save all those who come here. It is stressful. I have not spent even one full day at home in the past two months. It was like this last year as well, but the caseload has increased manifold this time,” says a senior official at the Covid centre.

According to the official, the hospital has a newly built oxygen plant inside the campus, but there is a shortage of the critical drug remdesivir. “We have to decide whom to administer the drug because the course is for six days. More supplies are expected soon,” the official says.

With only two ICU beds vacant, the hospital staff say they are improvising with whatever is available. “We have managed to make some of the HDU (High Dependency Unit) beds into high intensive care beds, akin to ICU beds,” says Dr Aarti Dutta, advisor at the district hospital.