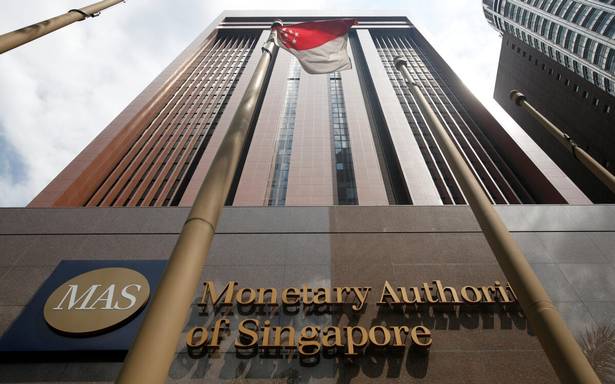 The MAS expects core inflation, its preferred price gauge insetting monetary policy, to rise only gradually for the rest of the year and come in at 0%–1% in 2021.

The Monetary Authority of Singapore (MAS) manages monetary policy through exchange rate settings, rather than interest rates, letting the Singapore dollar rise or fall against the currencies of its main trading partners within an undisclosed band.

“As core inflation is expected to stay low this year, MAS assesses that an accommodative policy stance remains appropriate,” the central bank said in its statement.

The MAS expects core inflation, its preferred price gauge insetting monetary policy, to rise only gradually for the rest of the year and come in at 0%–1% in 2021.

The central bank adjusts its policy via three levers: the slope, mid-point and width of the policy band, known as the Nominal Effective Exchange Rate, or S$NEER.

All 15 economists polled by Reuters had forecast the MAS would keep its policy unchanged.

Gross domestic product (GDP) ticked up 0.2% in January-March on a year-on-year basis, the Ministry of Trade and Industry said in a statement. Economists polled by Reuters had expected a decline of 0.2%.

Singapore’s GDP growth this year is likely to exceed the upper end of the official 4–6% forecast range, barring a setback to the global economy, the MAS said.