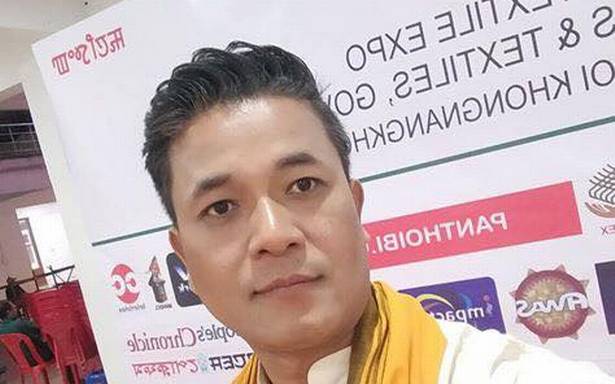 His petition against sedition law is pending in apex court.

His petition against the sedition law is pending in the apex court.

“I will talk to my lawyers and see if I can move the Supreme Court against the NSA just as I had done against the sedition law,” he said after his release from jail at 4.10 p.m. on Friday.

He was arrested along with political activist Erendro Leichongbam on May 13 under the NSA for using the death of Manipur BJP president S. Tikendra Singh to comment on social media that “consuming cow dung and cow urine” cannot cure anyone of COVID-19.

Mr. Leichongbam was released on July 19 following an order by the Supreme Court.

Accusing the State government of abusing powers to silence dissenting voices, Mr. Wangkhem said he was targeted as he was conducting an investigation for a story relating to COVID-19. He claimed COVID-19 cases had surged in Manipur after the return of some 200-250 people from the Kumbh Mela.

“The government probably got a wind of what I was trying to do and put me in jail to make sure I cannot speak the truth. I knew this dictatorial government will do something to silence me. I think we need to campaign against the draconian NSA so that it is never used by those in power,” Mr. Wangkhem said.

The Manipur High Court on Friday ordered the release of Mr. Wangkhem, who was detained under the NSA. The order came on a letter to the court by his wife, Elangbam Ranjita, seeking his release.

A Division Bench of Justices Sanjoy Kumar and Kh. Nobin Singh said Mr. Wangkhem was detained by an order issued on May 17, 2021 under Section 2(3) of the NSA and lodged in the central jail at Sajiwa in Imphal East district. The judges said it was a fit case of urgent hearing since it concerned the life and liberty of an individual.

The High Court order said Mr. Wangkhem had stated on Facebook that cow dung and cow urine were not medicines for COVID-19. Mr. Leichongbam had also posted the same on Facebook. After Mr. Leichongbam was set free, Ms. Ranjita appealed for the release of her husband. Since there was no response, she wrote an undated letter to the High Court on Thursday. The judges considered it as a petition and heard it on Friday.

The High Court observed that there was “no distinction” in the two cases. The Bench said the May 17 Manipur government order stood “suspended” till next hearing. It ordered the release of the detainee forthwith “within 5 p.m.” and he would furnish a security bond of ₹1,000 as was done in the case of Mr. Leichongbam.

Earlier also, Mr. Wangkhem was detained under the same Act but was set free later.