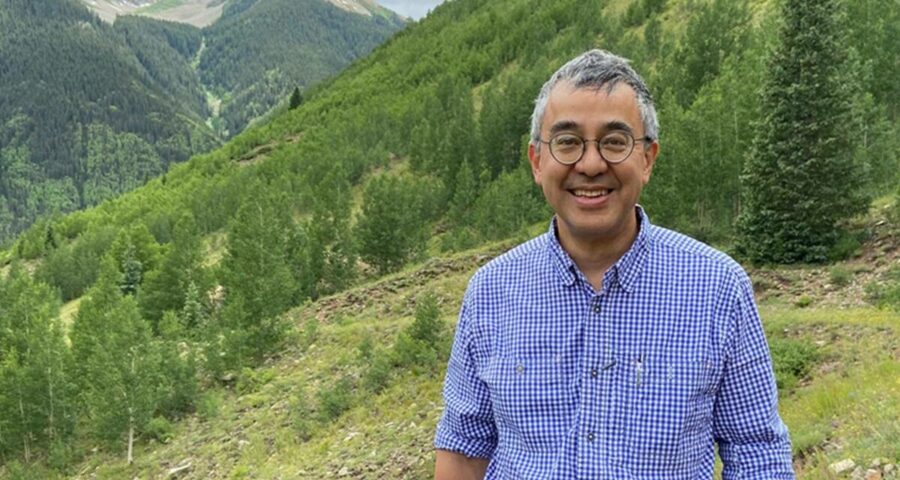 In March 2020, before the first case of Covid-19 was recorded in New Mexico, USA, Dr Jonathan Iralu and his team set up a drive-in testing facility outside the medical centre in Gallup city, located in the northwestern part of the state.

Dr Iralu, who is the Chief Clinical Consultant for Infectious Diseases, Indian Health Services, had reasoned that if every person who had cold symptoms was brought up to the building, they ran the risk of spreading the virus to those who had come in for other reasons, like a fractured ankle. “So the team set up tents and began doing nasal swabs outside,” said Dr Iralu, an American citizen of Naga origin, who has been posted in Gallup since 1994. Soon, the outdoor testing model was replicated through the state of New Mexico.

On July 13, Dr Iralu was one of the eight “healthcare heroes” whom New Mexico Governor Michelle Lujan Grisham declared a celebratory day in honour of.

“Dr Iralu has been proactive since the outset of the pandemic in taking measures to protect the people of New Mexico, establishing a drive through Covid testing operation weeks before the first confirmed Covid-19 case in New Mexico and, throughout the pandemic, delivering timely, high-quality COVID-19 patient care to members of New Mexico’s Tribes, Nations, and Pueblos. The state will recognize July 19, 2021, as Dr. Jonathan Iralu Day all throughout New Mexico” a release from the governor’s office read. 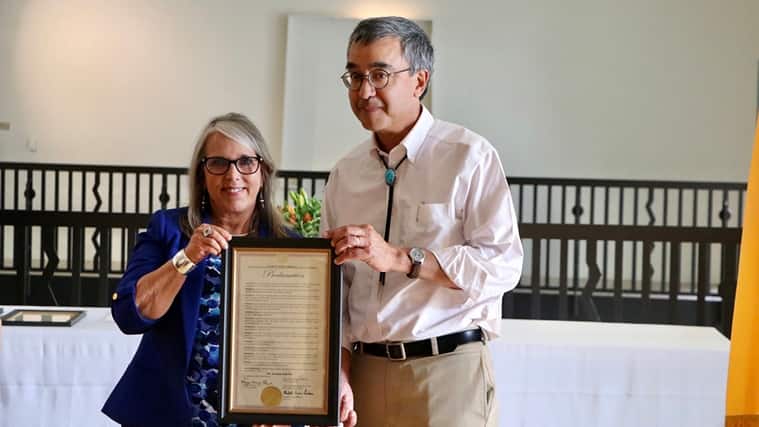 Back in Nagaland, where Dr Iralu’s grandfather, the late Dr Sevilie Iralu, had treated many a patient in the 1920s, the declaration of a “Dr Jonathan Iralu Day” created a flutter, with the Chief Minister Neiphiu Rio tweeting out a congratulatory message. “I’m delighted to know the State of New Mexico Exec. Office, Santa Fe, New Mexico has proclaimed July 19, 2021 as “Dr. Jonathan Iralu Day”. Dr. Jonathan Vilasier Iralu is a 3rd generation doctor from Khonoma village. He has made the people of Nagaland proud. Congratulations to him.”

Speaking on the phone from New Mexico, Dr Iralu said he usually visits Nagaland every two years, but had not since the pandemic. His father, Dr Vichazelhu Iralu moved from Nagaland’s Khonoma village to the USA in the 1940s, where he met his future wife, an American named Tefta Iralu.

“My father was a parasitologist, my mother a microbiologist… and my grandfather was one of the first doctors (a general practitioner) in Nagaland trained in Dibrugarh under the British in the 1920s. He was a passionate man who was very good to his patients, and that is what has inspired me,” said Dr Iralu.

Growing up on the East Coast, Dr Iralu, a Harvard graduate moved to New Mexico in 1994, following an outbreak of the Hantavirus in 1993. “Something about the work — and the place —fascinated me and I stuck on,” he said.

The 60-year-old said the pandemic has been one of the most challenging phases of his career. “It felt a little bit like the beginning of HIV in the 1980s when we were faced with a new disease, we didn’t have treatment, had barely any diagnostic tests. We had to learn as we go in treating that condition. But of course, Covid is a much much more contagious illness.”

While New Mexico — which has a large population of Native Americans and Hispanics — was among the hardest hit by the pandemic in the USA, it was foresight like Iralu’s, and many others from the medical community, that helped the state tide over the pandemic. Today, the state, despite disadvantages of terrain, health infrastructure and poverty, has brought significant portions of the infection under control, with a vaccination rate among the highest in the country (72.2 per cent of the 18+ population has received at least one dose). “We followed all the obvious measures like masking, social distancing from the very start but what worked was that we closely collaborated with the local, tribal leaders. In tribal communities, it helps to have support from strong local leaders,” he said.

According to Dr Iralu, vaccine hesitancy is one of the key concerns in the infectious disease world. “But vaccines are true life savers. The benefits outweigh the risks and that’s my message to people back in Nagaland — when it becomes more widely available, one should not be afraid to take it.”

He said that he did not think anything in a pandemic could ever be “entirely avoidable.””They come out of nowhere and they catch us all by surprise,” said Dr Iralu, “So the learning is to not think of it as something that happens every hundred years, but to simply be prepared.”