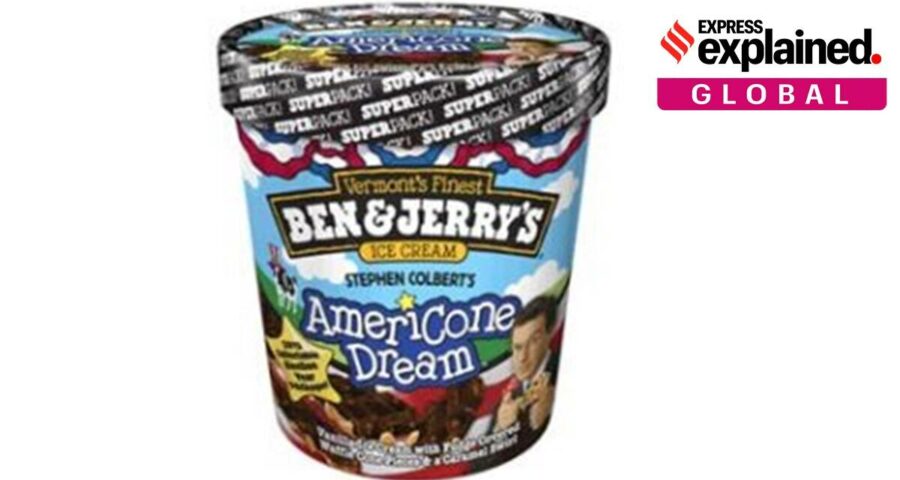 Israel is now pushing the US to take legal action against the Vermont-based company that sells flavours including “Netflix and Chill’d”, “Chunkey Monkey” for humans and a line of “Doggie Desserts” meant for dogs. This week, ice-cream manufacturer Ben and Jerry’s announcement that it will not sell its products in Israel-occupied Palestinian territories has led to a meltdown. Israel is now pushing the US to take legal action against the Vermont-based company that sells flavours including “Netflix and Chill’d”, “Chunkey Monkey” for humans and a line of “Doggie Desserts” meant for dogs.

How is the decision being interpreted in Israel?

In light of the recent announcement, Israel’s President Isaac Herzog said on Wednesday: “The boycott of Israel is a new sort of terrorism, economic terrorism.” Israel’s prime minister, Naftali Bennett, too derided the decision saying that the company has now decided to rebrand as an “antisemitic ice cream” and called the step “morally wrong.”

“As Arab nations cancel their decades long boycott of the Jewish state and sign peace agreements with Israel, and cultural and economic cooperation in our region is growing, American companies with radical ideological agendas cannot be allowed to go against the policy of the United States and act against normalisation and peace,” his letter reads.

The Ben and Jerry story

Ben and Jerry’s is named after the company’s founders– Ben Cohen and Jerry Greenfield who started out in 1978, when they opened their first ice cream scoop shop in a renovated gas station in Burlington, Vermont. Since then, the company that is known for its “funky, hippie culture” has expanded not only its range of flavours but also its reach. It was acquired by multinational consumer goods company Unilever in 2000 for $326 million and its products are now sold in over 35 countries including Singapore, Australia, Japan, Brazil and Thailand.

An article in the Stanford Social Innovation Review refers to the Ben and Jerry story as a “legend” pointing out how “two underachievers with counterculture values” managed to not only open an ice cream store operated out of a gas station but also made the company into a “social enterprise icon.” This, because it was fair to its employees, easy on the environment and “kind to its cows.”

What prompted the ice cream company to cease sales in occupied Palestine territories?

In a statement put up on their website, Ben and Jerry’s said that selling its ice creams in the Palestine territories of East Jerusalem and West Bank is “inconsistent” with their values. These territories have been occupied by Israel since the 1967 Arab-Israeli war (also known as the Six-Day war) and about 600,000 Jews are settled there currently. They also said that the company is hearing and recognising the “concerns shared” with them by their fans and trusted partners.

Even so, the company will continue to sell its products in Israel, but it will not renew its license at the end of next year with the licensee (Ben and Jerry’s Israel) who currently distributes its products in the region.

The ice cream company believes that businesses have a responsibility and an opportunity to bring about change in the world. Ben and Jerry’s has not shied away from expressing this publicly, the brand has been vocal about their support for other causes such as the Black Lives Movement, voting rights, LGBTQ+ rights, climate justice and refugee reform. The American Marketing Association (AMA) notes that the company’s values are a major part of its brand, “meaning consumers often get more than just the product itself” referring to how it promotes its values and social missions by using pints and petitions.

What has been Unilever’s response to this?

Unilever, the UK-based group, has been trying to distance itself from the brand’s decision. The merger between the two companies that happened in 2000 was such that allowed Ben and Jerry’s to retain their independent board that would continue to take the brand’s social mission forward. The merger agreement states that the board will “have primary responsibility for preserving and enhancing the objectives of the historical social mission of the Company as they may evolve from time to time consistent therewith.”

In a separate statement released by Unilever following Ben and Jerry’s announcement, the company said that the Israel-Palestinian conflict “is a very complex and sensitive situation” and that it will continue to “remain fully committed to our presence in Israel, where we have invested in our people, brands and business for several decades”.

But Ben and Jerry’s board of directors seem to disagree with Unilever about maintaining its continued presence in Israel. In a statement, the board of directors have said that the statement released by Ben and Jerry’s regarding its operation in Israel “does not reflect the position of the Independent Board, nor was it approved by the Independent Board.” It added that by taking a position and publishing a statement without the approval of the board, “Unilever and its CEO at Ben and Jerry’s are in violation of the spirit and the letter of the Acquisition Agreement.”

The board’s statement also includes their authorised version of the statement regarding sale of their products in occupied territories which does not mention the company staying in Israel “through a different arrangement,” which is mentioned in the statement released by Ben and Jerry’s.