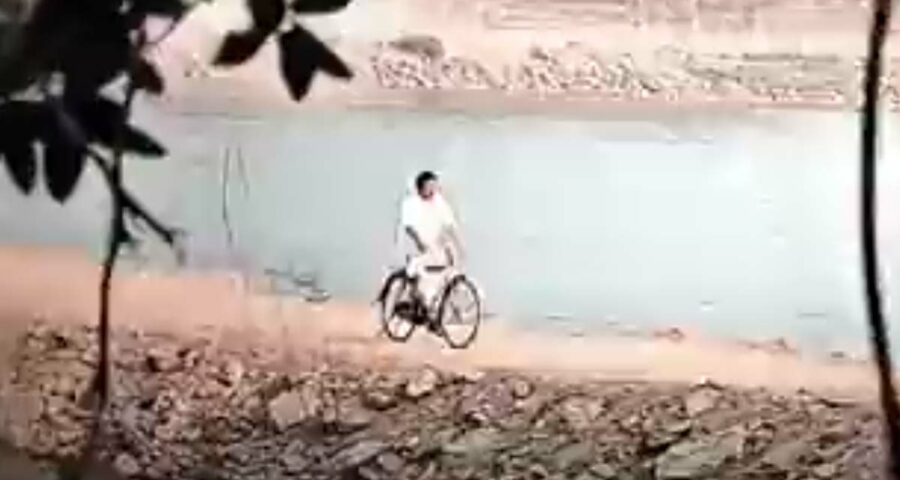 Mega Power star Ram Charan who is waiting for the release of SS Rajamouli’ magnum opus RRR, has moved on to yet another big-budget project tentatively titled ‘RC 15.’ Directed by  creative and talented film maker Shankar, the film is said to be a stylish action entertainer made on a budget of Rs 200 crore. A video from the sets of RC15 has been leaked and is going viral on the social media. Though the leaked video clip is not clear, it features Ram Charan riding a bicycle on the road of a village.

The sources  that  train fight sequence is one the major highlights of RC15.  The makers have already roped in stunt choreographer Anbariv to supervise the action sequences.

It is expected that the train sequence will be a crucial action sequence, and this will be one of the many highlights of RC15 which has Kiara Advani as the leading lady.