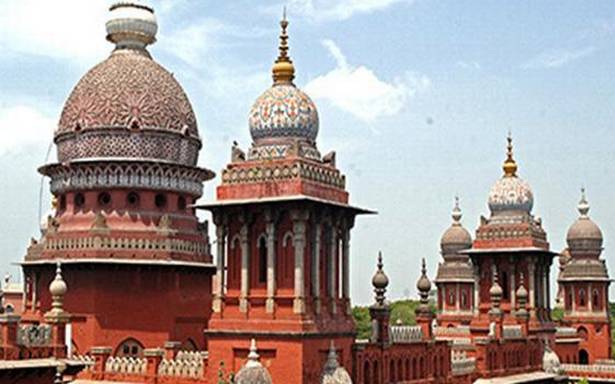 The Madras High Court on Thursday granted six weeks’ time for the Unique Identification Authority of India (UIDAI), the Election Commission of India (ECI) and the Puducherry cybercrime cell to continue their inquiries into allegations of the BJP having accessed mobile phone numbers, provided by voters while obtaining Aadhaar cards, to send SMS to them with a link to join polling booth-level WhatsApp groups created by the party.

Passing interim orders on a public interest litigation petition, Chief Justice Sanjib Banerjee and Justice Senthilkumar Ramamoorthy wrote that there appeared to be a serious breach by the BJP on how it conducted its election campaign in Puducherry. Stating that a “credible allegation” had been levelled of messages having been sent only to voters’ phone numbers linked with Aadhaar, the court said it was up to the UIDAI to provide an adequate answer to the claim.

The judges observed that it would do well for the authority to conduct an inquiry to ascertain the source of leak, if any. “The UIDAI is required to answer how details and particulars furnished to it in confidence by citizens and in the hope that the confidentiality would be preserved, may not have been adequately protected,” they said.

The Bench also refused to accept the claim of the BJP that its ‘karyakartas’ (field workers) had obtained the mobile phone numbers by undertaking a door-to-door information collection exercise and pointed out that senior counsel R. Vaigai, representing the PIL litigant A. Anand of the Democratic Youth Federation of India, had found such submission to be laughable.

After recording her submission that no voter would readily share personal information such as phone numbers with the political parties, the judges ordered that the Puducherry cybercrime cell should continue the criminal investigation into the issue and the ECI too should not put a lid on the matter until the issue of the bulk messages having been sent in breach of the model code of conduct in force in the Union Territory was dealt with in accordance with law.

Find out if Aadhaar data has been compromised, Madras High Court directs UIDAI

“It is completely within the domain of the Election Commission to deal with the issue … Apart from the unfair mileage that the sixth respondent [the BJP] may have gained in resorting to a form of campaign without obtaining prior permission there for as required, there is the more serious matter of the privacy of the citizens being breached. This huge aspect of the matter should not be lost in the politics of the season or the hullabaloo of the attendant campaigning,” the Bench said.

The court called for reports from the UIDAI, the ECI as well as the police after six weeks. When Ms. Vaigai insisted that the recognition of the BJP should be suspended before the elections since the party had blatantly violated the code of conduct, the judges said such a direction could not be issued to the ECI which enjoyed primacy during elections. They pointed out to a constitutional bar to interference by courts in electoral matters under Article 329 of the Constitution.