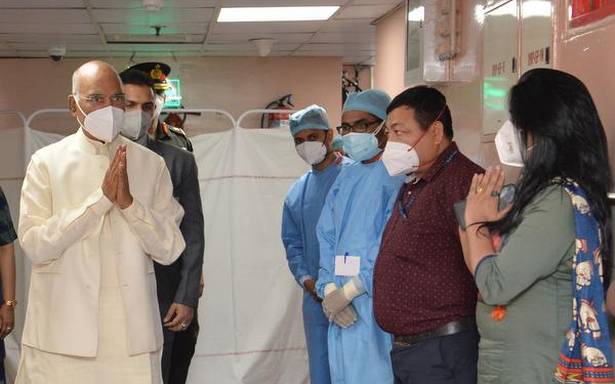 Mr. Kovind, 75, on March 30, had undergone a cardiac bypass surgery at AIIMS

President Ram Nath Kovind on Monday said he has returned to Rashtrapati Bhavan after bypass surgery at AIIMS, New Delhi.

"I have returned to Rashtrapati Bhavan after my surgery. My speedy recovery is thanks to wishes and prayers of all of you and exceptional care given by doctors and nursing staff at AIIMS and Army’s RR hospital. I am thankful to everyone! I am glad to be back home,” Mr. Kovind tweeted.

Mr. Kovind, 75, on March 30, had undergone a cardiac bypass surgery at the All India Institute of Medical Sciences (AIIMS).

In a tweet on April 3, the Rashtrapati Bhavan had said, "President Kovind was shifted from the ICU to a special room in the AIIMS today. His health has been improving continuously. Doctors are constantly monitoring his condition and have advised him to take rest."