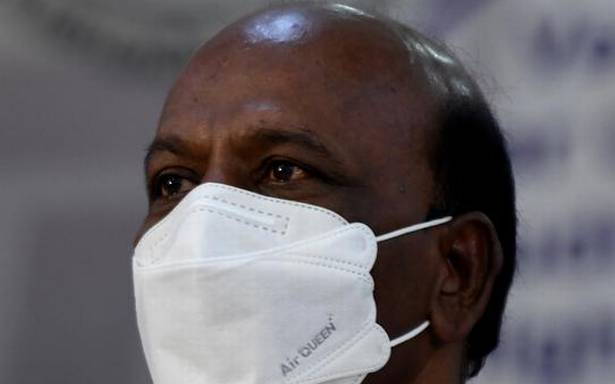 The Minister said TN had received 1.44 crore doses and has vaccinated 1.41 crore people

Minister for Medical and Family Welfare Ma. Subramanian on Monday said the people of the State were eager to get vaccinated against COVID-19 but the major problem was the non availability of sufficient vaccines to inoculate the entire eligible adult population.

Addressing a special vaccination camp for lawyers in Chennai, he said all of Tamil Nadu was willing to get vaccinated against the pandemic but the vaccines continued to be in short supply. He said not just the rural population, but also the tribal people had shown an interest in taking the jab.

“It is painful to see that most of the vaccination centres in Chennai city had hung boards announcing non-availability of vaccines. This would be the state of affairs in other districts too by the end of the day. Chief Minister M.K. Stalin has impressed upon the Centre to increase the allocation of vaccines to Tamil Nadu,” he said.

The Minister also stated that out of all 234 Assembly constituencies in the State, the Chepauk-Thiruvallikeni constituency represented by Udhayanidhi Stalin had emerged as the frontrunner with around 90,000 people of that constituency having got vaccinated so far, he added.

In his address, Udhayanidhi Stalin requested Justices N. Kirubakaran and M.M. Sundresh of Madras High Court to ensure that the Centre allocates sufficient vaccines to the State. He said the State would require more than 10 crore doses of the vaccines to provide two shots to every adult but what had been provided so far was only 1.44 crore doses.