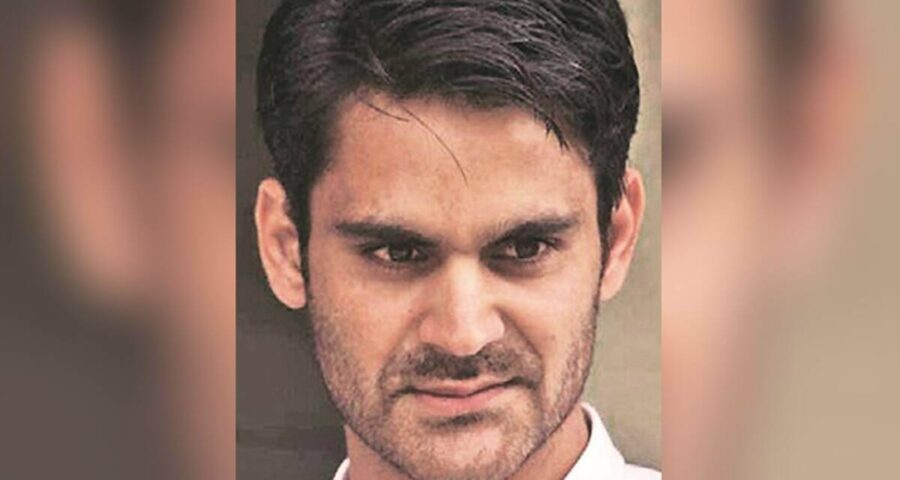 Wahid-ur-Rehman Parra, who is at present in judicial custody, has denied the charges of he being involved with terror groups, and his party has said that he has been framed in the case only because he refused to join political parties being supported by the BJP. The NIA has alleged that PDP youth leader Wahid-ur-Rehman Parra is involved in “dirty” gunrunning, providing finance to terror groups and being “part of the larger conspiracy” hatched by Pakistan-based terrorist outfits to make “inroads” into important institutions in Jammu and Kashmir to carry forward their secessionist agenda.

According to a supplementary charge-sheet filed at a Jammu court recently in the terror funding case, which also involves a deputy superintendent of police, Davender Singh, the agency has listed Parra’s activities since 2010 and alleged that he had formed a group of 20 to 25 youths who indulged in stone pelting during protests at his behest.

This was done by Parra to yield political mileage for himself from the People’s Democratic Party (PDP), the National Investigation Agency (NIA) alleged. The party was in the opposition in 2010 in the erstwhile state of Jammu and Kashmir.

It may be mentioned that in 2010, an agitation had taken place against the killing of three youths in the Macchil area of north Kashmir and they being labelled as terrorists. The protests, in which 126 lives were lost, were carried out despite police filing a charge-sheet against army personnel.

Parra, who is at present in judicial custody, has denied the charges of he being involved with terror groups, and his party has said that he has been framed in the case only because he refused to join political parties being supported by the BJP.

The NIA alleged that banned terror group Hizbul Mujahideen had sought the support of some mainstream political leaders like Parra.

The nexus clearly establishes that some of mainstream politicians are involved in “politics of convenience and deceit wherein they are seeking help” from terrorist organisations for “securing cooperation during election campaigns and for assisting their workers in management of election process, the agency said in its charge-sheet.
“These mainstream politicians are seeking this cooperation through payment of money thereby making mockery of the electoral process,” the NIA said.

In the charge sheet, the NIA has alleged that Parra was involved in the “dirty business” of gunrunning from Kupwara area to south Kashmir in 2016, when PDP was in an alliance government with the BJP in the erstwhile Jammu and Kashmir state.

“He (Parra) used to visit the Kupwara area with his escort party and bring weapons in his vehicle as none of the security agencies used to check his vehicle en-route (with he) being an important political entity,” the agency said.

Parra was arrested by the NIA in November last year in connection with the terror funding case in which DSP Davinder Singh and three others were also arrested. However, Parra was granted bail by the NIA court, which said there was no reference to him in the original as well as the supplementary charge sheets presented in July and October last year respectively.

The court went on to observe that “there was not even whisper” regarding Parra’s involvement other than that a statement in February 2020 of an accused that allegedly implicated him.

However, he was arrested by the counter intelligence wing of the CID in Kashmir in a case related to nexus between mainstream politicians and secessionists, and continues to be in jail since then. His bail was rejected by the NIA court in Srinagar.

The NIA alleged that Parra had entered into a criminal conspiracy with Singh and other accused in the case including commander of banned Hizbul Mujahideen Syed Naveed Mushtaq for procurement of arms and ammunition for the terrorists operating in Kashmir.

The association of Parra was “part of the larger conspiracy hatched by Pakistan based leadership of banned terrorist outfit Hizbul Mujahideen to make inroads into important institutions and entities for want of desired support to carry forward the agenda of secession of Jammu and Kashmir from the union of India by way of violent means i.e. terrorist activities”, the agency said.

Charging him under various sections of the anti-terror law and the Indian Penal Code, the NIA said Parra was not only associated with banned terrorist organisations like the Hizbul and the Lashker-e-Taiba but also in constant touch with secessionist leaders.

He extended financial support to them to keep the situation of Jammu and Kashmir volatile, it alleged.