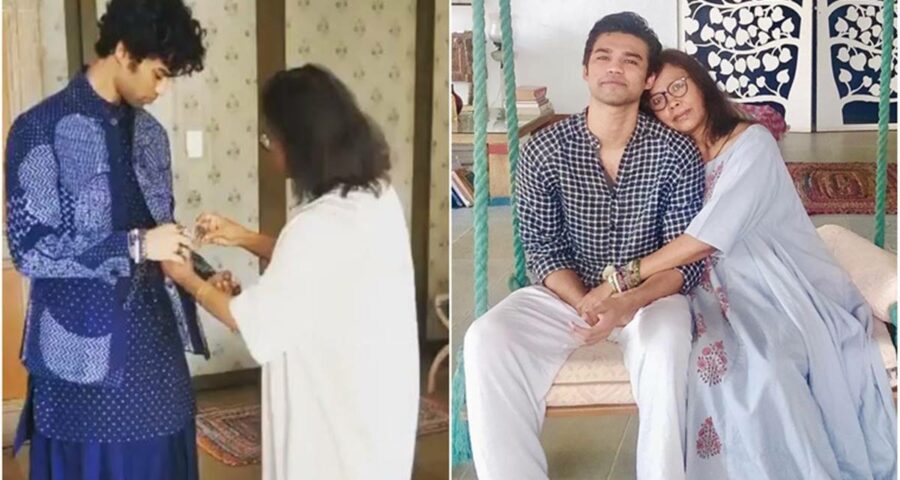 Babil Khan accepted two awards on behalf of father Irrfan Khan at the Filmfare award ceremony. He has now revealed that he did it while dressed in his father’s clothes. 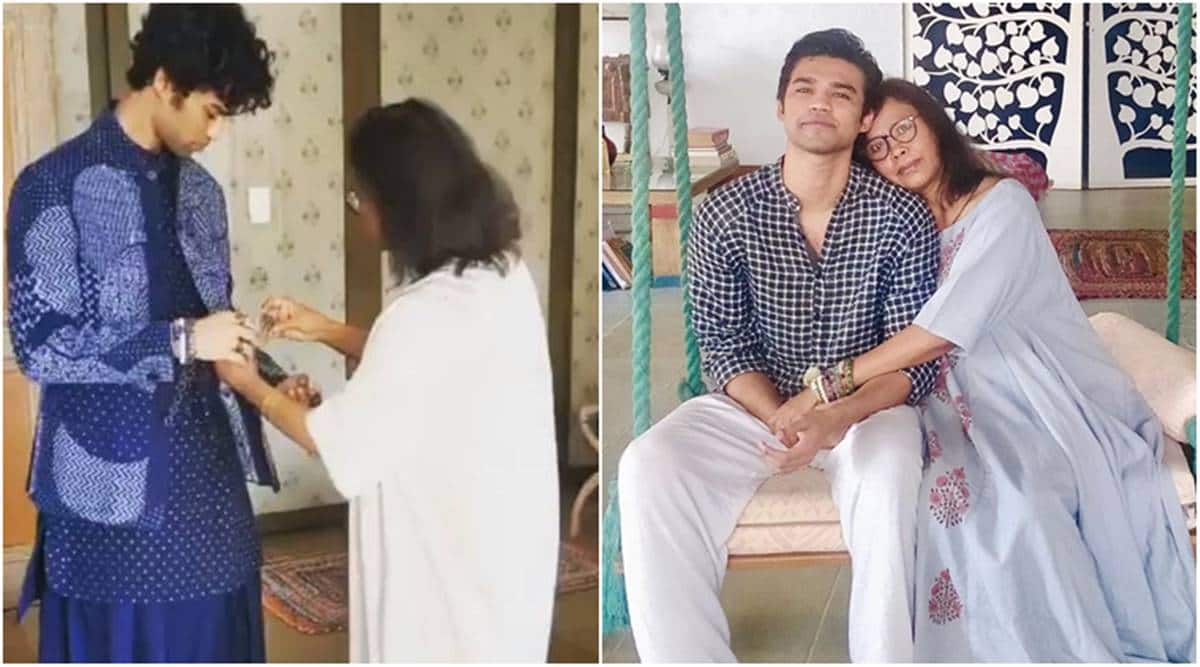 Irrfan Khan’s son Babil Khan accepted two honours on behalf of his father on Saturday night at the Filmfare awards – Best Actor award for Angrezi Medium and a Lifetime Achievement Award, both posthumous. In a new post, Babil revealed that while entering the zone he feels uncomfortable in, he wore clothes of his late father and mother Sutapa helped him dress.

“Mamma dressing me up – So in my little speech while accepting baba’s awards from @jaideepahlawat @rajkummar_rao @ayushmannk , I basically said ‘this is not my place to say anything. People always say that you cannot fit into your father’ shows but at least I can fit into his clothes. I just want to show all my gratitude to the audience and our industry because of the warmth and love that you have hugged our family with, and all I can really say is that you and I will make this journey together and take indian cinema to new heights, I promise.’”

He revealed the ‘story of the clothes’ as well. “The story behind the clothes was that my father hated participating in fashion shows and ramp walks but he did it in these same clothes in order to continuously break out of his comfort zone. That is exactly what I was doing last night, tearing though into new spaces that I’m uncomfortable with,” he added as he posted a video with mother Sutapa as he gets ready for the awards do.

Earlier, Ayushmann Khurrana, who presented the award to Babil, remembered Irrfan Khan and spoke about meeting the late actor’s son.

Sharing a picture on Instagram, he wrote, “This is somewhere in Bandra. But he is somewhere resting in peace. Celebrating his double win. Forever Irfan! Best Actor (male) and the lifetime achievement award!”

“I had the honour of presenting this Filmfare Award to Babil Khan. Met this beautiful boy for the first time. Would see him do well in future. We artistes are a unique species. We have our vulnerabilities and imaginations and theories. We rely on observations and experiences. We live and die a thousand deaths on the celluloid or on stage. But the power of those performances makes us immortal. Kalaakaaro Ka Kabhi Ateet nahi hota, kabhi vartmaan nahi hota. Jab bhi koi kalaakar jaata hai uska is tarah se samman nahi hota, kyuki har koi fankaar Irrfan nahi hota,” he concluded.