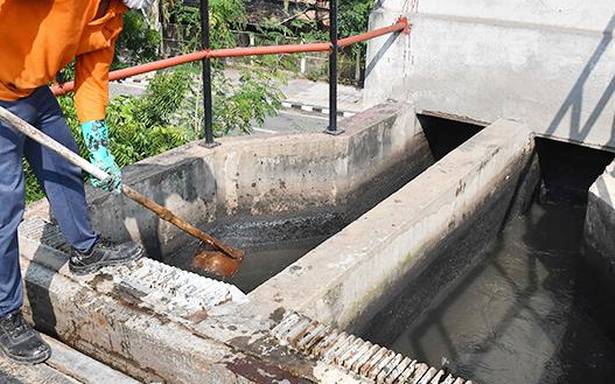 Sewage treatment plants will be set up at 16 points to clean water from major inlets into the Pallikaranai marsh, Minister for Environment Siva V. Meyyanathan said here on Wednesday.

Speaking to reporters after inspecting the marsh along with officials and South Chennai MP Thamizhachi Thangapandian, he said that this would be carried out using CSR funds.

“Chief Minister M.K.Stalin has expressed his wish to see the marsh get clean water. At present, the oxygen levels are not up to the mark in the 640-hectare marsh,” he said.

The water hyacinth in the marsh would be removed at an estimated cost of ₹78 lakh and CCTV cameras would be installed in the periphery to prevent trucks from emptying sewage into the vast open space, he said.

As far as the work on the eco park was concerned, Mr. Meyyanathan said Chief Minister would soon inaugurate the facility.