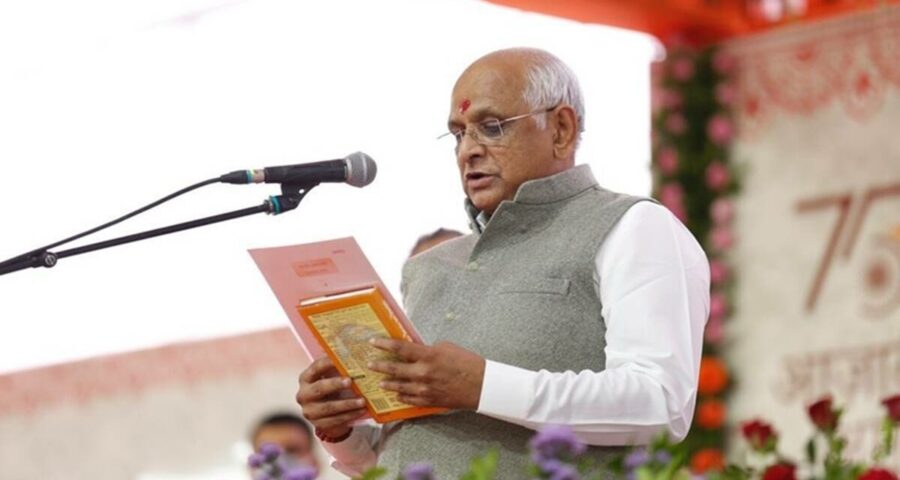 For the first time, nine recent Padma awardees or their representatives were felicitated by the party on the occasion. The nine Padma awardees include the late Keshubhai Patel, the late Naresh Kanodia, the late Mahesh Kanodia, Shahbuddin Rathod, Sarita Joshi, Dadudan Gadhvi, Yazdi Karanjia, Dr Gurdeep Singh, and Chandrakant Mehta.On the occasion, the executive also passed a detailed political motion.

Quoting CM Bhupendra Patel, an official release stated that by pledging net-zero carbon neutrality by 2070 at Cop 26 at Glasgow, Prime Minister Narendra Modi has already given a target to party workers to work till that year.

As per the release, party general secretary Rajni Patel told the party workers that under the Har Ghar Dastak campaign of the government, party workers will visit every household and help the system to vaccinate all the people against Covid-19 infection. He also said that out of the eight municipal corporations, six have already completed 100% vaccination and remaining two will also complete the same soon.

Convenor of the Scheduled Caste Cell of Gujarat BJP Pradhyuman Vaja said that to celebrate 10 years of the tradition started by Modi to carry out a procession of Constitution of India on November 26, the party will organise Samvidhan Gaurav Yatra between November 26 and December 6 across the state.

Another general secretary, Bhargav Bhatt, informed the workers that a two-day training camp of workers at mandal level will be held between December 15 and 31 in the entire state.

During the meet, a website to connect with Gujarat party president Paatil was also launched.