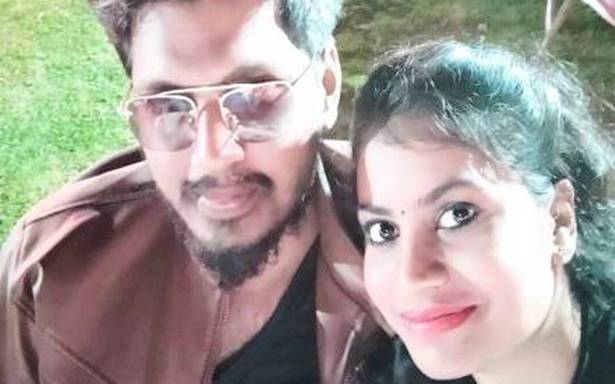 Wife of Madhan Kumar arrested; police intensify efforts to trace the YouTuber, who is still on the run

The dark world of online gaming on YouTube and other social media platforms has come under the police radar. As the law enforcement agency began investigation after complaints on YouTuber Madhan OP poured in, they stumbled upon more than just games. They found several cases of vulgar abuse and targeted abuse against women among several gamers during live streams.

City Police Commissioner Shankar Jiwal said efforts had been intensified to trace Madan, who was on the run. M. Madan Kumar alias Madhan OP, 29, and his wife Krithika, 26, are engineering graduates and had completed their Electronics and Communications Engineering course. He is a native of Dadagapatti, Salem, and briefly ran an eatery in Ambattur. Attracted to gaming content on YouTube, he began a channel in 2019 to showcase his skills in video games, including PUBG, and uploaded strategy guides. The games were live streamed on his YouTube channel.

Even after the Central government banned PUBG, he used virtual private networks (VPNs) to continue accessing the game, and live streamed videos through his channel. While chatting with players, he pretended to be an affluent person with a charitable disposition, remaining off-screen throughout the streams. The police said his viewers were between ages 13 and 25.

Joe Michael, an event manager and one of the complainants, said, “He influenced a lot of people through his abusive language against girls during live stream. People spend a lot of time watching it, and he earns money for mentioning their name in the stream. This channel seems to be very influential and is likely to inspire many other youth to do the same.”

Dr. Shalini, psychiatrist, said, “Adolescents are typically impressionable, anti-establishment and worship the anti-hero because it makes them validate the negativity they themselves feel. They feel insecure about their appearance, lack of accomplishment and financial dependency. Bravado and ‘don’t care’ attitudes appeal to them, as it makes them feel invincible too. But fake bravado only breeds fake invincibility. That’s the sad part of it.”

Meanwhile, the cyber crime cell of the Central Crime Branch has intensified its efforts to nab Madan. The team arrested his wife Krithika and recovered laptops, mobile phones and other data from his house in Vengaivasal.

Sources said he earned ₹10 lakh per month through subscriptions on social media. All his bank account transactions were analysed, and luxury cars were seized from his house.

Mr. Jiwal said, “Madan is still on the run. We are searching for him. We have sufficient evidence to establish that he was involved in crimes. All efforts are on to trace and arrest him.”

Asked about the action against a few other players on social media using equally vulgar language, Mr. Jiwal said, “New rules made by the Central government prescribe a three-level mechanism — complaining, monitoring and supervising. Even now if we ask social media companies to remove content, they are complying. We have the power to initiate criminal action against them.”