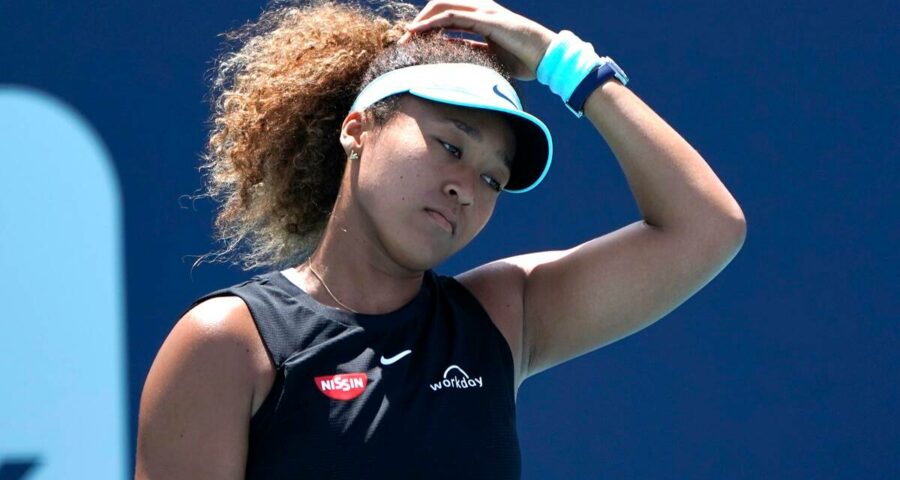 When Naomi Osaka decided to pull the plug on post-match sit-downs, she wasn’t exactly trying to guilt-trip the media into excruciating introspection of their press-conference habits. She was dealing with her own mental health conundrums, which typically involves turning the searchlight inward.

To believe that her decision to sequester herself over the next fortnight — till she pulled out — was an existential threat to the media’s tiny window into the player’s mind, was a clear overreaction from the press.

The elephant in the room was the notoriously punishing Parisian clay. Having not crossed the third round in her previous attempts at Roland Garros, a surface that has tested Pete Sampras and Roger Federer before, Osaka wanted to shut out the odd prickly noise of a naysayer. She did not want to be locked in that press conference room, with questions that would make her doubt herself.

The best of them got it wrong: Former players who chided her to “man up”, organisers who reckoned she couldn’t possibly break ranks when all other players conformed and the press who made this about a player refusing to confront their discomfiting questions.

It was a shocking lapse of comprehension about mental health from her peers. Individuals are made different; any mental health professional would tell you that. Telling someone to “ignore”, “get on with it” and “suck it up” is the blunder of an amateur, however well-meaning. For organisers to go a step ahead and warn of punishing her is not just out of step with current times, but also bordering on vindictive behaviour.

In expanding the purview of her legitimate request by lumping in commercial commitments and player-press dynamics and default threats into the mix, French Open responded to Osaka’s wobbly mental state with their own high-strung counter. They have run this drill for 124 non-War years; Osaka is four months shy of 24. A 100-year head start, one would think, would equip the organisers to troubleshoot in response to the jittery nerves of a young, precocious player, wanting out of a routine rendezvous.

But in four days, the French linked up with equally rattled suits of all other Slams to read the riot act to Osaka in unison. They also found the cackling tenor to mock her in a (later deleted) tweet about four other players “understanding the assignment”.

At the heart of the matter is the subtle dismissal of Osaka’s mental health concerns, at a time when sport is coming to terms with just how widespread anxiety and its deeper manifestations are amongst young athletes.

In waving aside her first request, and her subsequent email addressed to organisers at Roland Garros clearing her stance, French Open showed their shocking indifference towards a genuine mental health concern. To demand that Osaka sort it out with organisers within their stipulated timeframe, and then gang up with three others to force her into a corner from where she could only opt out of the whole thing, shows stunning ignorance in understanding how a mind in turmoil works — or shuts.

With her choosing to walk away, those asking her to grow a thick skin overnight, would eventually understand the import of what was going on inside her troubled mind.

There are broad contours to what a mental-health red flag situation entails. Osaka won’t be the first or last player to land up at a big sports event with shredded nerves. The least French Open could have done is to understand that a young woman with exacting standards of winning was trying her best to do justice to their precious red clay. To believe that if she can get herself to thwack the forehand on court, she surely can drag her feet into a press conference and not unravel in volatile back-and-forths with media, is being deliberately dense towards a complex condition.

This was fragility they were dealing with, not petulance. And Osaka needed to be seen not as an almighty exception they need to grudgingly make, but a priority SOS call that needed patient and expert handling, as well as gentle consideration.

Far too often, the big picture — the need to keep the clockwork going can overshadow a simple effort to reach out to an individual. And in case of no response, to step back and give them some space to breathe while they find their footing.

Osaka uses her headphones and visor pulled over her eyes like shy celebrities wear their oversized sunnies to not reveal the fright in their eyes in the face of headlights. You’d think the French would be discerning of fashion and could tell the brats from the bashful.

This column first appeared in the print edition on June 3, 2021, under the title ‘Osaka’s right to refuse’. [email protected]