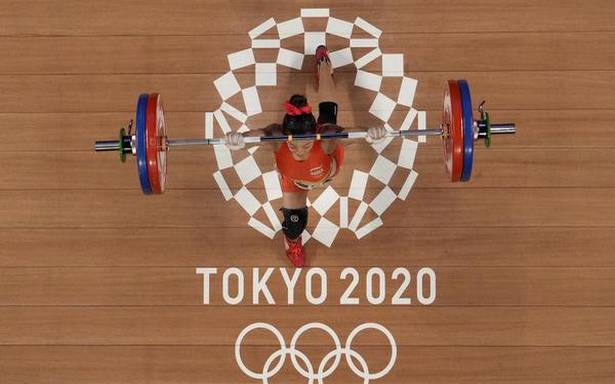 Taking on the private sector for failing to pick up the 25% COVID-19 vaccines quota allotted to them, Commerce and Industry Minister Piyush Goyal said on Saturday that the government will ensure everybody gets a free vaccine in the country with or without their help.

There is no immediate threat of the Taliban coming towards Kashmir but there is apprehension that the whole Afghan situation could embolden Pakistan-based terror groups operating in Kashmir, according to assessments, said a defence official.

The death toll in the torrential rain that deluged Konkan and western Maharashtra rose to 112 on Saturday. Over 99 are still missing. Water discharge from dams led to floods in Kolhapur, Sangli and Satara. Over 1.3 lakh people have been shifted to safer places as rescue work continued throughout Saturday.

Opener Prithvi Shaw and middle-order batsman Suryakumar Yadav are set to join India’s injury-hit Test squad in England ahead of the Test series. Shaw and Suryakumar, representing India in the limited-overs series in Sri Lanka, are likely to leave for England from Colombo as soon as the logistical arrangements are made.

Former Supreme Court judge, Justice Madan B. Lokur, on Saturday said the courts, society and the state should consider the mental trauma afflicted on the families of activists, journalists and civil society members accused of sedition under the Unlawful Activities (Prevention) Act and languishing in jail for months. Justice Lokur asked what kind of society is being built where the families and friends of these incarcerated people have to face barbs about their loved ones being branded traitors for expressing their dissent.

Two days after the Income-Tax (I-T) Department searched the premises linked to the Dainik Bhaskar Group and Bharat Samachar Group, the agency on Saturday issued statements without naming any companies, alleging that it had detected income escapement of ₹700 crore and unaccounted transactions exceeding ₹200 crore in two cases.

Maharashtra had zero wastage of COVID-19 vaccine doses between May 1, 2021 to July 13, 2021, the Union Health and Family Welfare Ministry said in a written reply in the Lok Sabha. According to the reply, eight States in the country have recorded wastage of vaccine doses, with Bihar topping the list (1,26,743 vaccine doses wasted), followed by Jammu and Kashmir and Tripura, during the period.

Data | Low-income countries have received only 0.27% of the COVID-19 doses administered so far

Low-income countries have received only 0.27% of the COVID-19 doses administered worldwide while high-income countries (30%) and upper-middle-income countries (52%) have acquired more than 80%. Of the 27 nations termed as low-income, 23 are in Africa. Due to this wide disparity in vaccine supply, of the 52 countries in Africa, 38 have given at least one dose to <5% of population. Worryingly, many African countries have recorded a recent uptick in cases, most of which were due to the highly transmissible Delta variant.

What the nose tells of COVID-19 prognosis

A new study has suggested that the responses to the SARS-CoV-2 virus in the nose and throat might help determine who will develop severe disease and who will get through with mild disease or not develop the illness.

China is forcing after-school tutoring companies to register as non-profits and banning classes on weekends and holidays, according to government documents published by state media on Saturday.

For Sony Sanjukta Dung Dung, a geographical border does not mean all that much. Though she stays in a remote Odisha village, on most days she leads a group of students to Jharkhand so that they can all study. At a time when millions of learners were affected by the COVID-19 pandemic, Rangamati, Ms. Sanjukta’s village in Odisha’s Sundargarh district under the Kutra block, is no exception. Children of Rangamati are deprived of online education owing to the lack of access to the Internet.

Mirabai Chanu: ‘I have been dreaming of this for the past five years’

"I have been dreaming of this for the past five years," said Mirabai Chanu after winning India’s first medal at the Tokyo Olympics. She won silver in the women’s 49 kg event on July 24. This is India’s first silver in weightlifting at the Olympics.