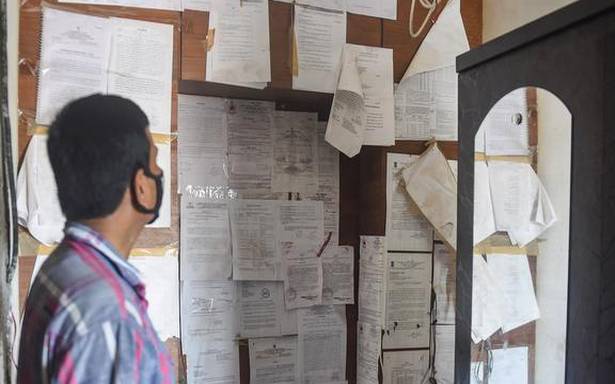 Court in Dominica to hear Choksi case on Wednesday

Lawyers for fugitive businessman and diamond dealer Mehul Choksi and the public prosecutor in Dominica filed written submissions at the Eastern Caribbean Supreme Court on Tuesday, ahead of a hearing on Wednesday on whether he will be deported.

The Foreign Ministers of the BRICS (Brazil, Russia, India, China and South Africa) grouping on Tuesday expressed “grave concern” with regard to the global COVID-19 pandemic.

The Class 12 examinations of the Central Board of Secondary Education (CBSE) have been cancelled, following a review meeting chaired by Prime Minister Narendra Modi on Tuesday evening.

With the Centre issuing a showcause notice to the former West Bengal Chief Secretary Alapan Bandyopadhyay under The Disaster Management Act, a war of words erupted on Tuesday between the Trinamool Congress and the BJP.

Parliamentary panel on Home Affairs, headed by Congress leader Anand Sharma, had warned the Home Ministry to ensure that any decision on development of Lakshadweep is taken after consultations with all stakeholders and elected representatives.

The Union government informed the Supreme Court on Tuesday that the “modalities” of a PM-CARES scheme to fund the education and welfare of children impacted by the pandemic “need to be worked out”.

Days after Kerala Chief Minister Pinarayi Vijayan urged other chief ministers to come together to persuade the Centre to procure and distribute vaccines free for the whole nation, Odisha and Jharkhand have also called for centralised procurement. Both States underline the fact that vaccine manufacturers outside India are unwilling to deal directly with States.

A month after his resignation from the Rajya Sabha to contest the West Bengal elections on BJP ticket, Swapan Dasgupta was renominated to the House by President Ramnath Kovind to fill the seat that fell vacant due to his resignation for his remainder term till April next.

The fire aboard a Singapore-registered cargo ship off Colombo was finally extinguished after about two weeks following a concerted international operation, the Sri Lankan Navy said on Tuesday.

The men’s Cricket World Cup will once again become a 14-team tournament in 2027 and 2031, the International Cricket Council (ICC) said on Tuesday.