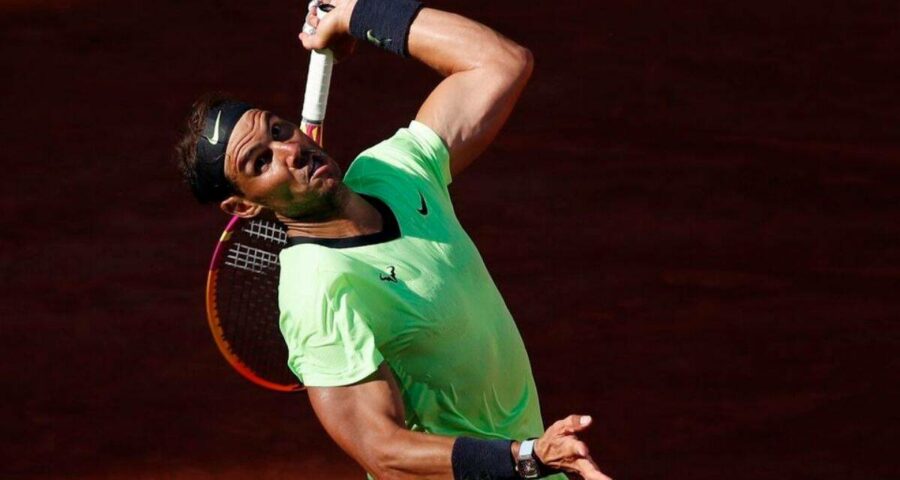 While Nadal and Djokovic had no trouble against their respective opponents Alexei Popyrin and Tennys Sandgren, Russian seventh seed Andrey Rublev was knocked out in five sets by unseeded German Jan-Lennard Struff. Claycourt master Rafael Nadal and world number one Novak Djokovic cantered into the second round of the French Open where the shockwaves of Naomi Osaka’s withdrawal were still felt.

Japan’s Osaka left the claycourt Grand Slam on Monday after refusing to attend the mandatory post-match press conferences and revealing she had been suffering from bouts of depression for three years.

While Nadal and Djokovic had no trouble against their respective opponents Alexei Popyrin and Tennys Sandgren, Russian seventh seed Andrey Rublev was knocked out in five sets by unseeded German Jan-Lennard Struff.

For the first time since tennis turned professional in 1968, only three French men made it to the second round. World number one Novak Djokovic barely broke sweat as he eased past American Tennys Sandgren 6-2 6-4 6-2 in the first round in the first men’s match to be scheduled in a night session at Roland Garros.

The 18-time Grand Slam champion, who is on a semi-final collision course with 13-time French Open winner Rafal Nadal, next faces Pablo Cuevas of Uruguay.

Sloane Stephens saved a match point at 5-4 in the second set and beat Carla Suarez Navarro 3-6 7-6(4) 6-4 in 2 hours, 24 minutes. The 28-year-old American will take on Czech ninth seed Karolina Pliskova in the next round.

Suarez Navarro returned to tennis five weeks after announcing she had recovered from cancer. The 32-year-old was diagnosed with Hodgkin’s lymphoma in September last year.

PLISKOVA PROGRESSES ALONG WITH GAUFF

Venus Williams pulled no punches when asked how she handled the pressure of having to deal with the media:

“How I deal with it was that I know every single person asking me a question can’t play as well as I can and never will, so no matter what you say or what you write, you’ll never light a candle to me,” she said. “That’s how I deal with it.”

Third seed Rafa Nadal kicked off his title defence with a comprehensive 6-3 6-2 7-6(3) victory over Australian Alexei Popyrin. The Spaniard sent down seven aces, hit 28 winners and made just 23 unforced errors as he claimed his 101st French Open win.

VENUS VANQUISHED IN OPENING ROUND AGAIN

Former champion Venus Williams exited in the first round for the fourth year running after being beaten 6-3 6-1 by Russia’s Ekaterina Alexandrova.

Mladenovic sent down 26 winners, but will have to improve on her 35 unforced errors if she is to equal her previous best result of reaching the quarter-finals of her home Grand Slam four years ago.

Russian seventh seed Andrey Rublev was upset 6-3 7-6(6) 4-6 3-6 6-4 by unseeded German Jan-Lennard Struff in the opening round. Rublev made 47 unforced errors in the 3 hour, 46 minute marathon, while Struff sent down 63 winners, including 25 aces.

“It’s incredibly bad luck,” Kvitova said on Twitter. “During my post-match press requirements I fell and hurt my ankle.”

BARTY GRINDS OUT WIN OVER PERA

“I just keep fighting. I tried to stay in the match as long as possible because you never know,” Barty said.

Fifth seed Elina Svitolina found herself trailing 5-2 in the second set but recovered to beat French teenager Oceane Babel 6-2 7-5. Next up for Svitolina is a second round clash with American Ann Li, who trounced Margarita Gasparyan 6-0 6-1.

SAKKARI TOO GOOD FOR QUALIFIER ZAVATSKA