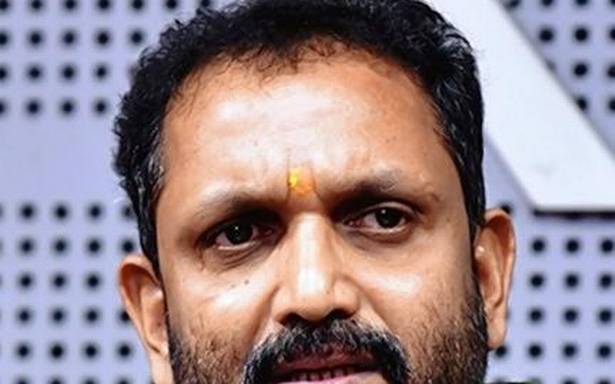 After smarting from the recent Assembly poll debacle in Kerala, the State unit of the Bharatiya Janata Party is apparently facing its worst crisis in the form of the Kodakara money heist case.

The back-to-back defeats, including in the three-tier local body polls, have now prompted the BJP central leadership to devise some ways to wriggle the State unit out of the twin-mess.

The BJP appears to be in search of a protagonist in Kerala.

The Kodakara money heist pertained to a highway robbery, allegedly of ₹3.5 crore, that happened in Kodakara town, near Chalakudy, in Thrissur on April 3, three days before the Kerala Assembly elections.

Preliminary investigations by the police revealed that the hawala money was meant for election campaign. So far, the police have recovered ₹1.12 crore, and 347 grams of gold ornaments purchased using the black money.

Earlier BJP national president J.P. Nadda had tasked three retired bureaucrats closely associated with the party — C.V. Ananda Bose, E. Sreedharan and Jacob Thomas —to submit separate reports to the Central leadership, including Prime Minister Narendra Modi and Home Minister Amit Shah, on the state of affairs in the party. They were asked to inquire into the erosion in the party’s vote share and the allegations of misuse of funds allocated for the Assembly elections. Mr. Bose had already submitted his report, sources said.

Never before in the history of the BJP a State unit of the party has gone through a humiliation of losing its public image and the party rank and file enduring the ignominy of being let down by its leadership. Unlike the bitter factional feuds in the party during organisational or State polls, the hawala issue was something hard to stomach for the Central leadership. Incidentally, BJP State organisational secretary M. Ganeshan was questioned in connection with the case.

Sources said that a section of the Central leadership along with its parent body the Rashtriya Swayamsevak Sangh (RSS) has desired a total revamp of the State unit while another group has suggested to modify the functions of the State leaders with a de facto national leader at the helm of the party till the existing tenure of present State president K. Surendran concluded in 2023.

Groups opposed to Mr. Surendran, who belongs to the faction led by Union Minister of State for External Affairs V. Muraleedharan, have overtly and covertly demanded his removal from the post. They have pointed out the unceremonious removal of former party chiefs P.S. Sreedharan Pillai and Kummanam Rajashekaran for their dismal performances.

A senior functionary said that the weak organisational structure resulted in the decline of the vote share of the party in 90-odd Assembly segments. This was similar to the situation in the 1991 Assembly elections. The campaign blitzkrieg through rallies and public meetings of its national leaders failed to translate into votes.

Besides, sources said that Mr. Surendran contesting from two Assembly segments — Manjeswaram and Konni — and irresponsible statements by leaders holding official positions adversely impacted the party’s chances at the hustings.