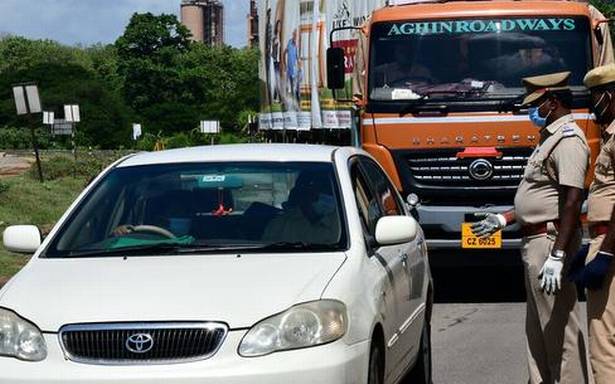 In a letter to Idukki Collector, they sought relaxation of curbs so that the owners could supervise their plantations in the district.

The members of Kerala Cardamom Growers’ Union have appealed to the Idukki District Collector to consider giving relaxation to the plantation owners in Tamil Nadu to travel as they have to inspect their estates.

In a letter addressed to the Collector, Union secretary C. Sadhasiva Subramanian has said that a majority of the cardamom plantation owners resided in Cumbum in Tamil Nadu.

They had to travel about 25 to 30 km daily to reach their plantations situated in and around Kerala’s Idukki district.

Following the COVID-19 pandemic, the governments had imposed restrictions. With the number of positive patients falling, the Tamil Nadu government had relaxed the curbs.

Likewise, the Idukki District Collector may consider giving permission to the plantation owners as per the discretion of the officials at the checkpost. The members, he claimed, had difficulties in crossing the checkposts as the authorities insisted on getting COVID-19 negative certificate issued 48 hours prior to their travel.

Explaining that it was impossible to get such certificates as the vaccination centres and laboratories were crowded, the members said that they had got the vaccine doses.

If allowed to go to Idukki, the plantation owners could personally supervise and oversee watering, pruning and manuring of the plants. The workers’ may not have any guidance or idea on taking decisions as needed. In such an event, the members may face huge losses, Mr. Subramanian said and assured that they would adhere to conditions and standard operating procedures mandated by the authorities.