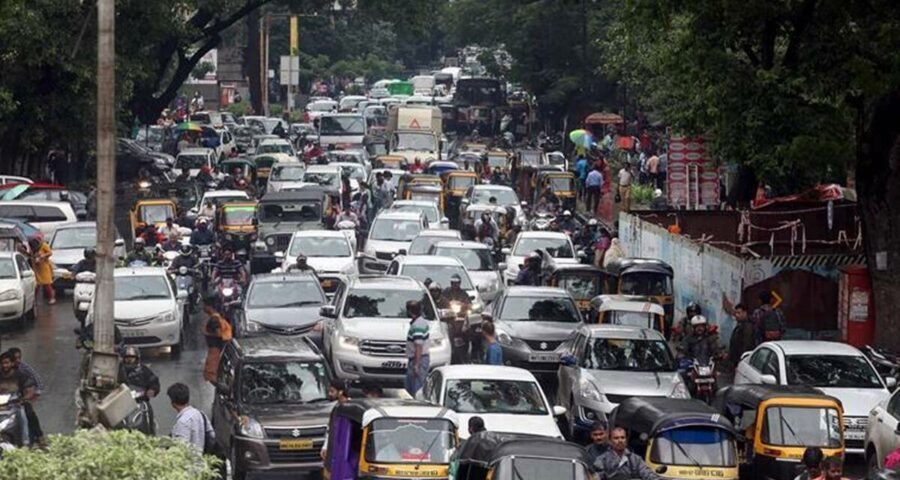 Traffic on the roads of Pune and Pimpri Chinchwad saw a manifold rise on Monday as the state started unlocking gradually.

The increase in number of vehicles led to slowing down of traffic at several places and also sporadic jams. Traffic police, however, said that they had anticipated the rise and had made adequate arrangements accordingly.

The Maharashtra government had rolled out a five-level plan on Friday to ease restrictions across administrative units in the state based upon positivity rate and oxygen-bed occupancy.

As such, from Monday, Pune and Pimpri Chinchwad areas saw partial re-opening of many major activities, including functioning of private offices, restaurants, gardens, social, religious gatherings and meetings with limited people in attendance. Educational institutions, indoor sports, movie theatres are, however, still closed. Pune and PCMC will also see restrictions on movement from 5 pm onwards.

According to officials from the traffic control unit in Pune and Pimpri Chinchwad, some of the arterial roads and major traffic junctions not only witnessed a rise in vehicular movement but also saw occasional jams.

What added to the slowdown was monsoon-related work and road repair, laying down of pipelines etc.

An officer from Pune city’s traffic branch said, “The rise in volume of traffic was anticipated and officials from individual traffic divisions had planned for this with adequate manpower deployment since Monday morning.”