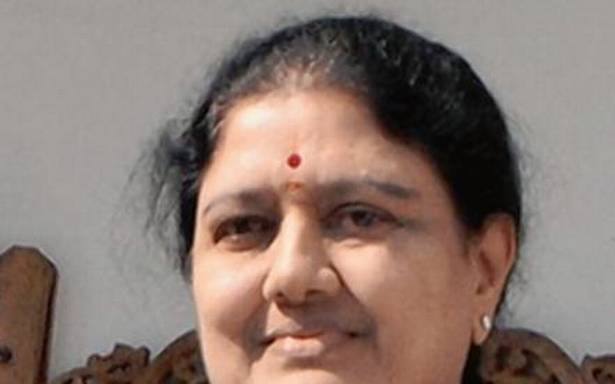 Former Minister C.Ve. Shanmugam said Ms. Sasikala is not a member of the AIADMK and had no links with the organisation

Former Minister C.Ve. Shanmugam on Monday said that the AIADMK was a cadre-based party and ex-interim general secretary V.K. Sasikala had no place in the party.

Speaking to reporters at the party office in Villupuram, Mr. Shanmugam said that Ms. Sasikala is not a member of the AIADMK and had no links with the organisation.

Replying to a question on Ms. Sasikala’s leaked audio clips hinting at her political return, he said that when MGR (M. G. Ramachandran) founded the AIADMK, he had made it clear that it was only the cadres and rank and file who were the pillars and formed the foundation of the organisation. Several prominent leaders in the AIADMK who had claimed to be the face of the party after MGR had become irrelevant over the course of time, he said.

He said that Ms. Sasikala had come into contact with Amma (Jayalalithaa) as an aide at her house and had no connection whatsoever with the AIADMK. Even if several Sasikalas came up with claims of representing the AIADMK, the party would stand as a rock, Mr. Shanmugam added.