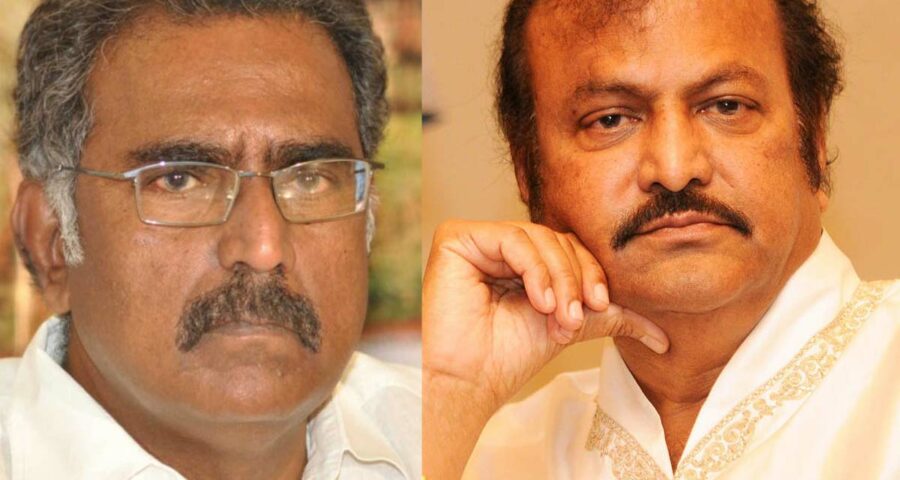 The polling for the MAA elections has concluded at Jubilee Hills Public School today and the counting has been started. Heated arguments and counter arguments took place when  Manchu Vishnu panel objected to the behavior of PrakashRaj Panel.  Siva Balaji stopped Siva Reddy accusing him of giving a prototype ballot. They also accused them of canvassing in the polling booth. The heated argument happened between Sameer and Siva Reddy. Mohan Babu threatened to kill Prakash Raj’s panel member Banerjee. This happened Prakash Raj’s panelists shouted at veteran actor Mohan Babu for meeting with the MAA elections officer at the poling location.

The sources say that the supporters of Prakash Raj and Manchu Vishnu indulged in fist fights in the presence of Naresh.

The verbal brawls between Prakash Raj and Mohan Babu’ panel created a tense atmosphere at the premises.

The biting incident  was also one of the highlights. Actress Hema bit Naresh’s panelist, Siva Balaji. Naresh and Siva Balaji interacted with the media and the latter showed his arm with the bite marks.

Later Mohan Babu was spotted placing his hand over Pawan Kalyan’s shoulder.  Both Mohan Babu and Pawan Kalyan were seen in good spirits as they interacted with each other.