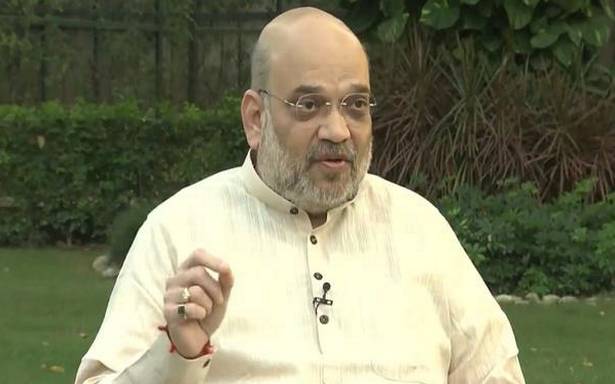 An illiterate person is a burden on the country, can’t be a good citizen: Amit Shah

The Union Home Minister told Sansad TV in an interview aired on October 10 that an illiterate person becomes a burden on the country and that among the achievements of Prime Minister Narendra Modi in his tenure as Gujarat Chief Minister was 100% primary school enrolment.

It was lodged on the basis of a complaint by one Sumit Jaiswal, who claimed to have been among the BJP workers going to welcome U.P. Deputy Chief Minister Keshav Prasad Maurya for a wrestling event where he was the chief guest.

An application for police remand of Ashish Mishra has been submitted to the judicial magistrate who fixed it for hearing at 11 a.m. on October 11.

Mr. Gandhi said the struggle for justice in Lakhimpur Kheri is about the "cruel massacre of poor farmers in the face of an arrogant local power elite”.

The statement comes in the wake of reports that warned of power crisis looming large due to the coal shortage in the country.

The Russian ambassador had urged the Indian government to allow the export of Sputnik Light, produced by Hetero Biopharma, till the vaccine gets emergency use authorisation from India’s drug regulator.

The daily rise in new coronavirus infections has been below 30,000 for 16 straight days.

Efforts are on to work out the third phase of disengagement from Patrolling Point 15 in Hot Springs as part of overall disengagement and de-escalation along the Line of Actual Control in eastern Ladakh.

Tsai Ing-wen said Taiwan’s “position on cross-strait relations remains the same: neither our goodwill nor our commitments will change”.

The nuclear physicist faced criticism in 2004 when he was forced to accept responsibility for nuclear technology proliferation and was forced to live a life of official house arrest.

Only half of schools worldwide resumed classroom learning, 34% continue with hybrid mode: report

The COVID-19 Global Education Recovery Tracker noted that only 53% of countries are prioritising vaccinating teachers.

The acquisition of REC will help Reliance with a ready global platform and the opportunity to expand and grow in key green energy.

The two losing semifinalists will receive $400,000 each from the games taking place on November 10 and 11.