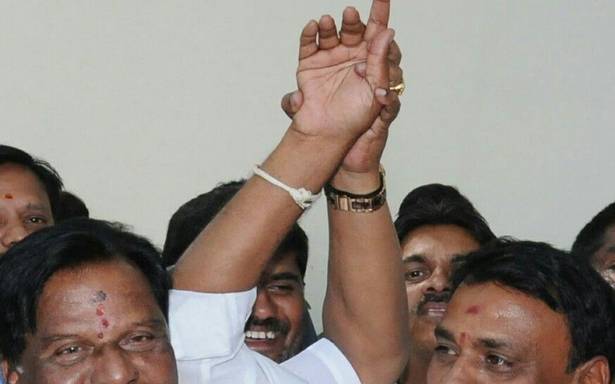 Sitting JD(S) MLC Sandesh Nagaraj has declared that he will not participate in the Legislative Council elections from Mysuru-Chamarajanagar local authorities’ constituency.

Mr. Nagaraj has been an MLC for the last 12 years. The announcement came on the last date for filing nominations on November 23 after he was refused a ticket by the BJP as well as the JD(S).

In the run-up to the elections, Mr. Nagaraj had made public his intentions to quit the JD(S) and seek nomination from the BJP. But, the BJP re-nominated Raghu Kautilya, who had finished third in the dual-member constituency during the last elections.

After being denied a ticket by the BJP, Mr. Nagaraj called on former Chief Minister H.D. Kumaraswamy in Mysuru on November 22 in a last-ditch effort to secure the party nomination.

After the JD(S) announced the party ticket to C.N. Manje Gowda, Mr. Nagaraj issued a statement declaring that he will not be contesting the ensuing elections. “I regret to state that I will not contest the Legislative Council elections this time. I have satisfaction about the work done for the people during my 12 years as a member of the Legislative Council,” he said.

Referring to his efforts to secure a ticket from the BJP, Mr. Nagaraj said the hurdle was the saffron party’s age restriction. He thanked the party’s State unit president Nalin Kumar Kateel and other party leaders for making an effort on his behalf.

The term of Mr. Nagaraj, who had been elected from the seat along with R. Dharmasena of the Congress during the last elections, comes to an end on January 5, 2022.