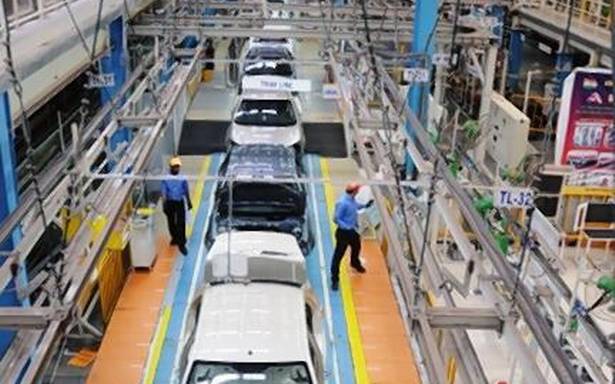 Toyota Kirloskar Motor (TKM) said it ‘minimised’ the impact of the lockout — a 64-day partial work disruption that ended on Tuesday — on car sales, deliveries and customer orders.

“We were successful in minimising the impact on our sales and customers’ orders through the period of the lockout by making use of all available resources and channels at production,” said Shankara G., associate VP, Human Resources.

Production was being carried out by production supervisors, support staff and other team members who worked hard to make the highest quality cars, TKM said. Despite the disruption at its Bidadi factory, Toyota reported sales of 8,508 units of cars in November and 7,497 in December 2020 against 8,312 and 6,544 units respectively in the corresponding months a year earlier, the company said. The automaker, which has the capacity to manufacture 3.10 lakh units of cars per annum at its plants in Karnataka, is currently in the process of readying its plant 2 to manufacture a Toyota-Suzuki alliance model starting 2022.