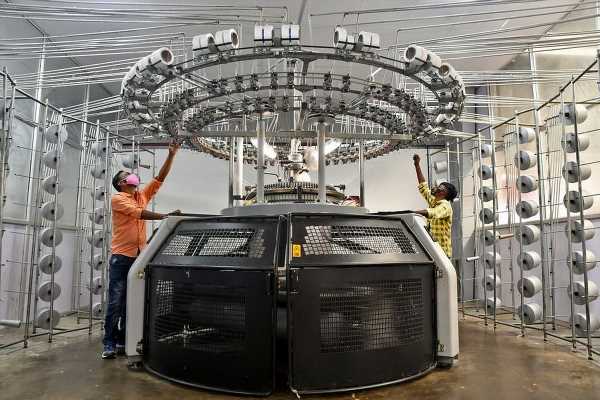 Manufacturing companies have been outperformers on the bourses in the current year, leading to a rise in their weighting in the benchmark index. The manufacturing sector is now dominated by FMCG majors such as Hindustan Unilever, ITC, Asian Paints, Nestle, and Britannia, accounting for 45 per cent of the combined market cap of all manufacturing companies in the index.

It is followed by automakers with 21.4 per cent and pharma companies with 12.7 per cent of the combined market capitalisation of manufacturing companies.

However, despite its outperformance in CY22, manufacturing companies have been on the losing side on a longer-term basis and their weighting in the index has declined steadily in the past decade.

The sector weighting in the index is still more than a fourth lower than their decade-high weighting of 34.9 per cent at the end of December 2012. The outperformance of the manufacturing sector in CY22 has been attributed to a rally in automobile and FMCG stocks.

“Automakers and FMCG companies have benefited from a decline in energy and commodity prices.

“A decline in input prices has boosted their margins and earnings, fuelling a rally in their share price,” said Dhananjay Sinha, director and co-head (institutional equities and research), Systematix Institutional Research.

He expects the rally to continue for a few more quarters.

Automakers and FMCG companies have also benefited from a revival in consumer demand in urban areas even though consumption in rural areas remains in the slow lane.

The manufacturing companies had a combined market capitalisation of around Rs 38.5 trillion on Monday, up from Rs 35.7 trillion at the end of December 2021.

In the same period, the index companies’ combined market cap rose to Rs 147.1 trillion from Rs 138 trillion at the end of December 2021.

Most of the gains in the sector accrued to automakers and FMCG companies while companies in other manufacturing segments such as pharma, metals, cement and agro chemicals have been a laggard in 2022 so far.

The automakers’ combined market cap is up 15.2 per cent year-to-date to Rs 8.23 trillion and their index weighting is up 40 basis points to 5.4 per cent.

The sector has, however, been a laggard on a long-term basis and there has been a steady decline in their index weighting in the past five years.

Automakers’ current weighting in the index is less than half its peak of 11.9 per cent at the end of December 2016.

Similarly, the FMCG sector’s current weighting in the index is nearly 350 basis points lower than the sector’s peak of 15 per cent at the end of December 2012.

It’s the same for the pharma sector, which has seen a steady decline in its market importance in recent years.

The numbers suggest that the manufacturing companies are being steadily displaced by the those in the services sector such as banking and finance, IT services, retail, and telecom.

The companies in these four sectors now have a 54 per cent weighting in the index, up from 46.5 per cent five years ago.

The services sector’s weighting would be much higher if Reliance Industries, whose growth is being driven by verticals such as telecom and retail, is included.

The data includes 22 companies from the manufacturing sector, excluding oil and gas sector firms and refiners.

Analysts are not surprised.

“India’s economic growth is now largely driven by the services sectors while the manufacturing and industrial sectors have been a laggard.

“This is reflecting on the bourses as well,” said G Chokkalingam, founder and managing director, Equinomics Research & Advisory Services.